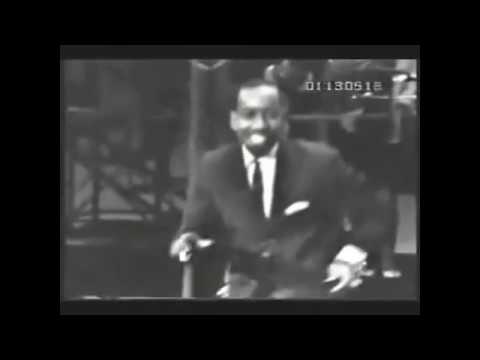 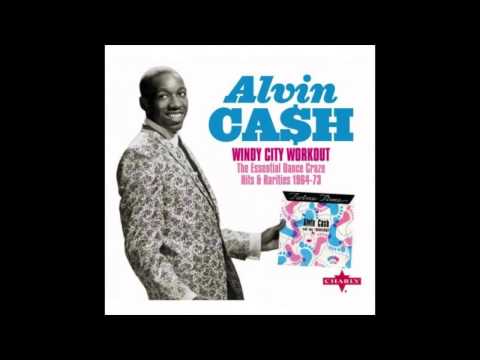 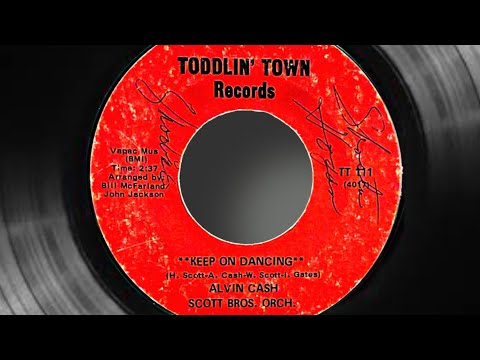 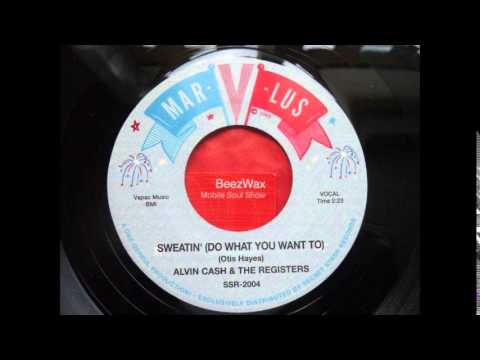 All together now: ‘It’s Twine…time! Ooh, ahh, ooh, ahh, ooh, ahh….’ Despite being an instrumental, ‘Twine Time’ was banned from a lot of radio station because of its suggestive ‘lyrics.’ But that didn’t stop Alvin Cash’s hunk o’ funk from hitting #13 pop and #4 R&B in early 1965.

Cash was born Alvin Welch in St. Louis on February 15, 1939, and formed the Crawlers as a song and dance troupe in 1960 with his brothers Robert, Arthur and George (all ages 8-10). In 1963, Cash went to Chicago to see if he could cut a record. Andre Williams (who had the 1957 R&B hit, ‘Bacon Fat’) was a producer and talent scout for George Learner’s One-derful!/Mar-V-Lus/M-Pac family of labels. He had caught the Cash brothers’ act, and approached Alvin about yelling some lines on a new dance disc that Williams planned to call ‘Twine Time.’ Cash came in with the Nightliners, a band he was touring with at the time. The back-up unit subsequently changed its name to the Crawlers, and later to the Registers.

‘Twine Time’ sold close to a million copies. Flush with success, Cash shelved his brothers’ dance act and continued to make dance records. ‘The Barracuda,’ ‘The Philly Freeze,’ ‘Alvin’s Boo-Ga-Loo,’ and ‘Keep on Dancing’ kept him on the R&B charts, but stiffed on the Hot 100. Cash continues to dance. He has made bit-part appearances in The Buddy Holly Story (as a member of the Five Satins), and in such African-American action films as Peetie Wheatstraw, Black Jack, and The Devil’s Son-In-Law. Until his death, Cash lived above a pool hall in Chicago, and was the head of promotion for Triple T Records. He died from stomach problems on November 21, 1999. Twine time is still heard on USA TV sports shows as the intro theme. SOURCE: Wayne Jancik, The Billboard Book of One-Hit Wonders.

Alvin Cash and his brothers (the Crawlers) started out as stage acrobats. Much of their act involved acrobatic dancing, especially to accompany the long instrumental sections of their recordings. They were the original ‘break’ dancers. They toured the UK in 1967 although they were then called the Registers (this may have been due to strict musician union rules which insisted American artists be backed by British musicians). Many Manchester soul fans saw him  at Warrington Co-op dance hall, after he had appeared at the nearby US Marine Corps and Air Force base at Burtonwood. 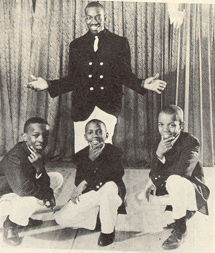 TWINE TIME was an immediate hit on the Soul circuit followed by the other great and popular  soul scene All-nighters.
We all did Alvin’s Boogaloo in Manchester Soul Clubs in the 1960s. When in 1964 Roger Eagle (Wheel DJ) played Twine Time that was it: we were instant Alvin fans. When Alvin shouted ‘Freeze’ we all did. The dance floor was like a film set of frozen statues. Yes, Alvin was big in Manchester in the golden era of soul: he got a Boo-Ga-Loo, he got a shuffle too.

The following is taken from a newswire report:  Alvin Cash, reached the USA pop charts in 1965 with Twine Time, died in his sleep on Nov. 21, 1999, in Chicago. Cash in no small way helped to provide the music and inspiration by which black America danced in the 1960s, not only with Twine Time but with other notable dance hits such as The Barracuda (#15 R&B Cash Box) in 1965, the ‘Philly Freeze’ (#7 R&B Cash Box) and Alvin’s Boogaloo(#38 R&B Cash Box), both in 1966. Cash was born Alvin de Forrest Welch on Feb. 15, 1939, in St. Louis. There he attended Sumner High. When he was around 21 he formed a dance team, the Little Step Brothers, with his brothers Robert, Rubin, and George. The Little Step Brothers moved to Chicago in 1963 and changed their name to Alvin Cash And The Crawlers. There, they met famed producer Andre Williams, who launched Cash’s career. For George Leaner’s Mar-V-lus label (a subsidiary of One-derful), Williams wanted to record a dance record after a popular dance, The Twine, and recruited Cash. The result was Twine Time, released in November 1964. The song was essentially an instrumental with Cash chanting out the occasional lyrics. By early 1965, the record had gone to #1 R&B in Cash Box and #14 Pop in Billboard), thereby launching Cash’s career.

In 1967, Cash did the first of his Muhammad Ali tribute records, ‘Doin’ The Ali Shuffle,’ which he later re-recorded for Dakar in 1976. In 1979, he came out with record on Midway called ‘Ali.’ Cash had known Ali since his Cassius Clay days in Louisville.

On the Toddlin’ Town label, Cash scored his last hit record, ‘Keep On Dancing’ (#38 R&B Cash Box). He left Toddlin’ Town in 1969, and thereafter his releases were intermittent. Labels he subsequently recorded for included Chess, Westbound, Seventy-Seven, XL, Dakar, Midway, Gateway and Triple T. Cash had a few bit parts in movies, playing the lead of The Five Satins in The Buddy Holly Story (1978), and appearing in Petey Wheatstraw (1978), Black Jack (1979) and Freedom Road (1979, with Muhammad Ali). In the last 15 years, Cash sustained himself primarily in the entertainment business as a blues club emcee. Occasionally he would perform, often on the same bill, with Ruby Andrews. Indeed, his last job was emceeing and performing with Andrews at a show at the East Of The Ryan in Chicago on Nov. 14. The show also included Artie ‘Blues Boy’ White and The Magnificents.

Cash’s funeral was held in Chicago on Nov. 29. He will be interred in St. Louis. His friends in the business – Jerry Butler, Gene Chandler, and Marshall Thompson (of The Chi-lites), as well as The Rhythm And Blues Foundation and The Chicago Blues Museum/Record Row Foundation paid for the funeral and burial. Arrangements were handled by Gene Barge. Entertainers and musicians who attended the funeral included Butler, Chandler, Thompson, Tyrone Davis, Artie ‘Blues Boy’ White, Phil Guy, Lonnie Brooks, A.C. Reed, Otis Clay, Gene Barge, Willie Henderson, Chuck Barksdale (of the Dells), DJs Herb Kent and Pervis Spann, and Greg Parker, founder of the Chicago Blues Museum and currently playing guitar with Isaac Hayes. Cash is survived by his wife, Delores Hammond Cash, six daughters, two sons, six brothers, and one sister. Robert P CHICAGO – Alvin Cash, who had a hit in 1963 with the dance tune “It’s Twine Time,” died Nov. 21. He was 60. Cash died in his sleep at his Chicago home. The cause of death was not determined, though he had been suffering from stomach problems. A native of St. Louis, Cash started his career as a tap dancer and performed with his brother in a group called the Step Brothers. He started singing later, hitting the Chicago scene with his group Alvin Cash and the Registers. “It’s Twine Time” earned them appearances on shows hosted by Dick Clark and Ed Sullivan. Follow-up dance tunes included “The Funky Washing Machine,” “The Ali Shuffle” and “The Philly Freeze.”