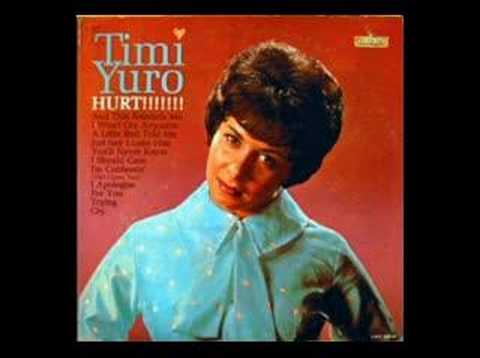 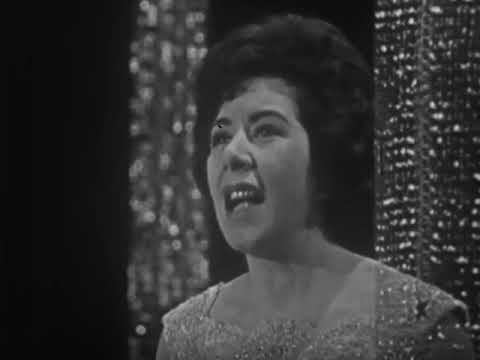 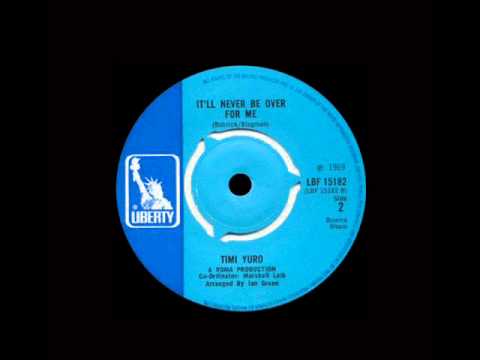 Timi Yuro was known as ‘the little girl with the big voice’ She had a big hit in 1961 with Hurt. It was a popular song at the first Twisted Wheel.

What’s a Matter Baby (Is It Hurting You) in 1965 was a second hit but not in the UK where it  was covered by The Small Faces on the ‘B’ side of What Cha Goin’ To Do About It.

Another great ‘B’ Side released by Timi Yuro in 1968 was It’ll Never Be Over For Me. It was a fairly obscure track which was played regularly at the Blue Note Club, Manchester.

Lyrics: It’ll Never Be Over for Me – sung by Timi Yuro

Of course its the version of this song that had a big impact upon the Northern Soul scene but on our scene originals were much more favoured, even though Timi Yuro’s version is pretty fantastic  – it was done first by Baby Washington.

I know you’ve come,
To tell me that it’s over [woa-o-yeah],
Well all right,
I’ll let you go free,
But baby, though it may be over for you,
It’ll never…be over for me.

Made up my mind,
Not to start crying [woa-o-no],
But there’s more, than the eye can see
Cos baby inside, my heart is breakin’ apart,
Cos it will never…be over for me.

I know, every time, I look up at the stars,
Your face, is gonna come into view,
And every time the wild wind, touches my lips,
Oooo’mmm I think of your kiss, and it – feels so good.

But if ever you find,
That you were mistaken [O-o-yeah],
No matter how long, that my heart breaks,
Ooooh – just come on back,
Ah, forget about everything yeah,
Cos baby, it may be over for you, yeah!
But it’ll never, never never never, be over for me.

Now I know why you’ve come here,
To tell me that it’s over,
I’m sorry I can’t help you baby,
Oooh, cos it’ll never be over,
I know, I know that I’m gonna part
But I know, I know you’re gonna break my heart…
It was played at the Blue Note but no one really took to it apart from the Djs. A few years later it popped up on the Northern Soul scene and became a major hit. However, I think the original may have been by ‘Baby’ Washington.

The remarkable voice of Timi Yuro led many to believe she was either a man, or black, or both. They were shocked to find such a powerful voice emanating from such a petite singer. Rising to fame with HURT, Yuro had a long run of US hits on Liberty.

Her first major hit was “All Alone Am I”