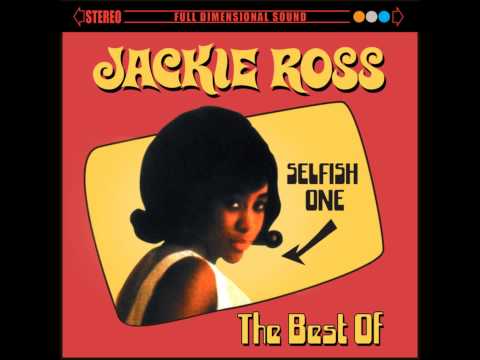 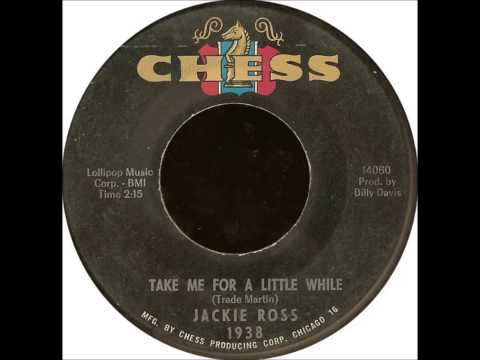 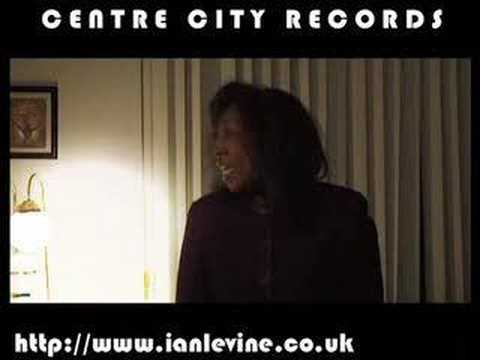 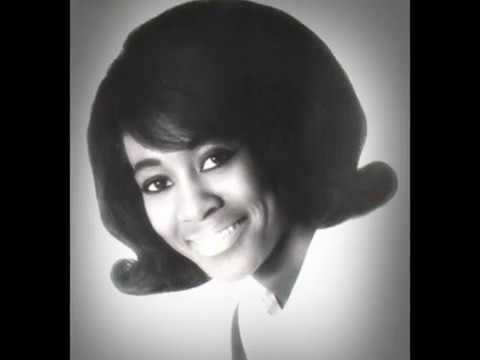 Selfish One is the foremost recording remembered in the UK by Jackie Ross. She made it at the age of 15. She did the original version of Take Me For A Little While which is superb. Simultaneously it was copied by Blue Cat artist Evie Sands. Years later it was given the original soulful treatment similar to Jackie Ross, but by Patti LaBelle (Atlantic) and it was a hit as a cover version of Pattie’s cover by Vanilla Fudge.

Jerk and Twine, another Jackie Ross track named  after the dance crazes of the same name, probably originated by the Miracles – Jerk.and Alvin Cash – Twine Time.

She was from St. Louis, born there in January 30, 1946, the daughter of preacher parents. Naturally she started out as a gospel singer and made her first public debut on her parents’ radio gospel at age three.

1954 Moving to Chicago, a friend of her mother’s, signed her to his SAR label where her first single “Hard Times,” was recorded in 1962.

Selfish One was cut at Chess after her move there from SAR.

1964 Jerk And Twine was a massive hit at the Twisted Wheel Manchester and the ‘B’ side was also popular but subject to lyric confusion. Most people thought she was singing about her ‘Nude’ lover when in fact it was called ‘New Lover’- an almost identical track to Selfish One.  In those far off days sound systems in clubs were usually pretty distorted and records were mono. Often the sound was so muffled that various misinterpretations could be made.

1967 she signed to Brunswick due to lack of royalty payments from Chess (tell it to Bo Diddley!) and two years later she moved to Fountain Productions.

Song Lyrics:  Selfish One – Jackie Ross
Selfish one why keep your love to yourself
oh oh yeah
it’s like a souvenir that just sits on a shelf
oh oh oh oh oh oh
It seems like you built a fence around your heart and afraid that sharing
might tear it apart and ya pass up every chance at the start of romance
oh oh oh oh oh Selfish one why keep your love in store
oh oh yeah
you think it’s steel that will keep forever more
oh oh oh oh oh but steel wears out through weather and age and a heart could break down in a lonely stage
you better let your heart down mate, before it’s too late – – –
You let so much time pass by, and I find myself still giving you the eye
then you must have realized,
cause much to my surprise you’re making eyes at me
Is it really you? – – –
Now, selfish one you’re walking me to my door
oh oh yeah selfish one, you never did this before
oh oh no Without a chance to resist, your lips met mine
you begin to let your lovelight shine
and I can see that you’re really on the ball,
and you’re not selfish at all no-o-o, not at all no-o,
the way you hold me oh oh yeah, t
he way you squeeze me No you’re not selfish, no no no
You’re not selfish at all Oh oh oh, not at all
No-o the way ya kiss me
Don’t ya know that I love the way ya hold me yeah No-o-o not at all, no-o-o not at all, no-o-o not at all

Jackie can be seen singing Selfish One on Ian Levine‘s six DVD set – The Strange World Of Northern Soul.