Cannot search an empty string. A search term is required.

Also recorded by Bill Doggett in 1960

Firm favourites at the Manchester Soul clubs in the 1960’s; Bill Black’s Combo could be heard on many Elvis Presley recordings.

Bill Black, along with Scotty Moore and D. J. Fontana, provided the musical framework for all of Elvis Presley’s early classic rock ‘n’ roll hits, right through to when the King went into the US Army for overseas service. Considering the dramatic impact of Elvis on the world of popular music, it is surprising that the men who shared his success have been such shadowy figures. It seems that the spotlight shining on Elvis was so strong that it cast a shadow over his musical cohorts. 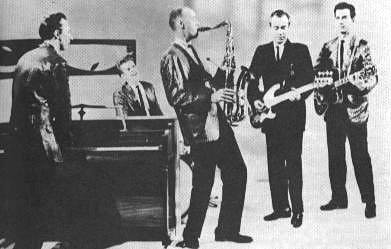 There has been no shortage of recordings by Bill Black and his combo, yet the enigma continues because, while the music is familiar enough.

The Bill Black Combo could be heard on many Elvis Presley recordings Little Queenie was a mod anthem . Little Queenie is a version of Chuck Berry‘s hit. This was a frequently played instrumental at the Wheel. And many years later also became a hit on the Northern Soul scene: Kev Roberts puts it at 150.