The Manchester Twisted Wheel Allnighter was the name given to the weekly soul event that every respectable mod would get to as often as body and soul could stand it. By far the most famous was held at the Twisted Wheel in Manchester. They were held originally at the original Wheel in Brazennose Street and migrated to the newer and sadly inferior premises on Whitworth Street West which has now been demolished and turned into yet another hotel. 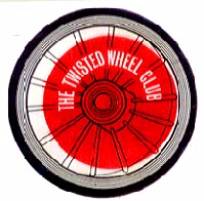 Other clubs in Manchester held allnighters but they were definitely inferior in comparison and attracted a different type of crowd. It was the influence of the Wheel allnighters (1964 till 1971 the golden period lasting until just 1968) that gave birth to to the movement that became known as Northern Soul Music.

The Queue to get in around midnight could stretch right up Brazennose Street or along London Road in the case of the New Wheel. Once inside if you came with a coat and most did, you had to join another queue. Sometimes these cloakroom queues were so long that people used to dance in them. `Airline bags’ enjoyed a brief craze, usually containing a change of clothing for the next morning. Fashions included Crombie overcoats, white silk scarves and big ‘Elliot Ness’ style hats. Suits were usually Tonik mohair or even alpaca.

Allnighter goers would spill out onto the pavements of the backstreets of Manchester at about 7.30 in the morning. Initially they would look rather over dressed in Italian style suits, mod dresses for girls and the essential accessories. Later Levis and Levi jean jackets were packed in bags and a quick change was made before heading to various locations, some of which are just a dim memory. The cafe on Victoria Station was one popular venue, at least until the police got wise and started regularly searching the crowds that congregated there, some of whom hadn’t been to the allnighter but just wanted to stare at friends who had suddenly took on the appearance of smartly dressed zombies.Many people who quit the allnighter scene did so because of the shock of seeing how dreadful many of their friends appeared after an all night session and correctly worked out that they must have looked just the same after their own visits.

The survivors were the ones who regularly went for no more than about nine months – several of the most avid fans who went for longer periods became victims of drug addiction or overdose.