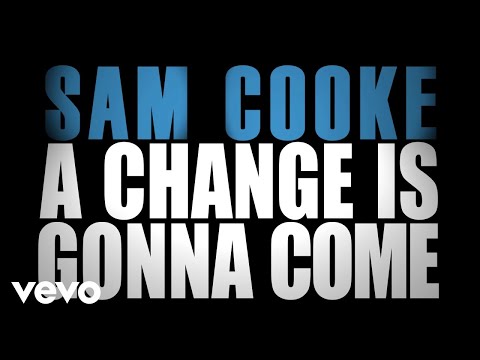 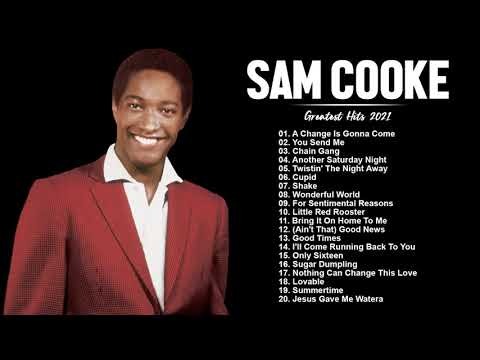 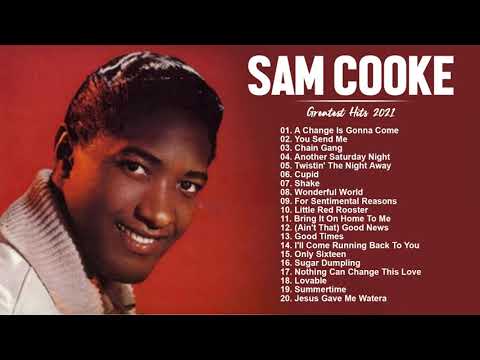 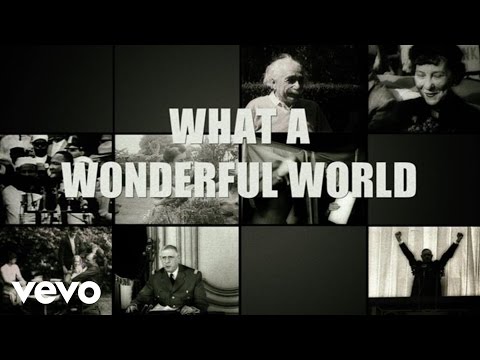 She Was Only Sixteen

Nothing Can Change This Love

Bring It On Home To Me

A Change Is Gonna Come

I’ll Come Running Back To You

We’re Having A Party
Good Times
Twistin’ The Night Away

It’s Got The Whole World Shakin’

Sam Cooke was arguably the guy who invented soul music, the guy who put great stories into his lyrics, and the first black guy to own his own record company (Before Berry Gordy).

Another fella told me
he had a sister who looked just fine,
but when I met her she had a strange resemblance
to a guy named Frankenstein

I was born by the river in a little tent
and just like that river I’ve been running
ever since.

There’s a fella’ in blue jeans
who’s dancing with an older queen
who’s dolled up in her diamond rings
and Twistin’ the night away.

Lou Rawls, Sam’s best friend, did back up vocals on Bring It On Home To Me

Sam did a duet with another of his friends: Cassius Clay aka Muhamed Ali.

Sam Cooke was originally in the gospel group The Pilgrim Travellers and set alight the religious audience and preachers alike with his great singing voice. He toured with Aretha Franklin along with her father’s sermon tours. But when he changed to secular music releasing You Send Me it sent the religious community into rage.

Sam was killed in strange circumstances, shot allegedly by the owner of a whorehouse whilst Sam was with a prostitute who robbed him. The religious fraternity saw this as his inevitable end resulting from turning to the Devil’s Music.

He was an early civil rights activist and insisted upon mixed race audiences; upsetting another set of people.

Sam’s first hit as a solo artist was the ultra smooth You Send Me. He changed his name, putting an ‘e’ on the end as there is a superstition about bad things related to words ending in ‘K’   – it seemed to work.

He became a super star for soul music and crossed over to the main pop charts. He released his records through RCA but set up his own recording company, SAR. He wrote great tunes and great lyrics and his songs where constantly on the play lists at Manchester‘s soul and beat clubs with Roger Eagle always playing the tracks listed above, at almost every session at the club. Later in the sixties the Twisted Wheel and the Blue Note continued to play Sam’s records and on one occasion the Blue Note played as many as they had, everything on the list above plus a couple of LP’s one after the other!

‘Chain Gang’ spawned a copy that was also a hit, especially at Manchester’s Twisted Wheel: Theola Kilgores The Sound Of My Man.

Cause of Death   Shot dead