In the early 60’s Manchester had a warren of back alleys, interconnecting ‘ginals’ and side streets. These connected the Twisted Wheel with favourite haunts such as the two pubs, the Nags Head and The Rising Sun. They were also at the time a favourite place of artists such as Rod Stewart and Long John Baldry between appearance slots at the Oasis and the Wheel.

The Oasis featured Ike and Tina Turner and The Who at their first gigs In Manchester.
The Oasis was just behind the (Brazennose St.) Wheel. 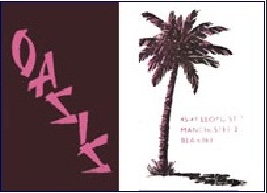 I tried to get in on one occasion to see the Beatles in a cold February in 1963 but it was sold out. So with a friend we sat in a doorway and listened. It was brilliant – they were so good live!

The Oasis was a very popular club but not as soul ‘avant-garde’ as the Wheel. Having said that, they did have great mod groups including the Small Faces and The Who.

As the group from Burnage in Manchester (OASIS) features the same type style on their publicity material, presumably they got their name from someone’s remembrance of the Oasis Club.

The Oasis was run by Pauline and Graham Clegg.  The original owner was Mr Hugh Goodwin. somehow they had enough influence to get most of the best beat bands of the time to appear.