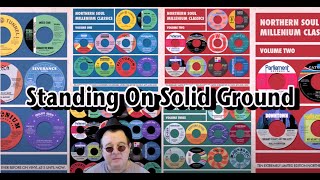 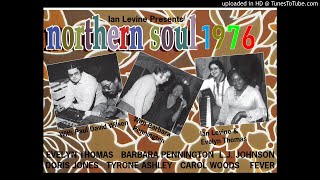 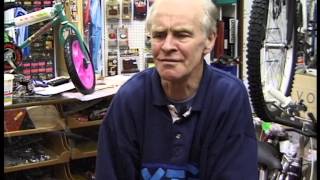 In 1989 Ian Levine recorded several ex-Motown artists and sought to re-launch their languishing careers. His label at the time was ‘Nightmare Records’ which was probably a good title for the project he was about to initiate. The entire episode is covered on a set of DVDs: The Strange World Of Northern Soul. It was a commercial failure. It was also an heroic effort born out of Ian’s evangelic interest in the Motown sound and its artists, especially the more obscure ones.

It is most likely that with the passage of time these recordings will enjoy that similar rarity status and eventually become sought after Northern Soul items. There is little doubt of the value and the quality of a high percentage of these recordings and there are many of them. Amazingly, Ian was able to gather together and record a very large number of these artists. One day this huge task will be recognised.

The vast majority of the artists were left behind by Motown – cut adrift and left in Detroit when Berry Gordy moved his music empire to Los Angeles. Ian, like a latter day Berry Gordy brought hope and revived interest in all these talented singers, writers, musicians and producers.

It was a massive project to research and find them all, to set up all the necessary materials, contracts, a recording studio, personnel – it must have been a tireless administrative and artist endeavour. Recording 108 artists and over 800 songs in a very short time is really an unimaginable workload to be applauded. This workload must have been carried along by Ian’s enthusiasm. It’s a great pity that at the time the project was not supported on a wider scale. most of the UK Northern Soul people snubbed the concept of new recordings as their value focus was on old rare vinyl, not new stuff no matter how good, and most probably never listened anyway.

One release became a hit in the mid 1990’s – Footsteps (Following Me) by Francis Nero and written by Ian and Ivory Joe Hunter. Chuck Jackson, Brenda Holloway, Hattie Littles, Carolyn Crawford have really notable tracks and over a hundred other artists have put their hearts and souls into their recordings.

Ian (with hand up) with the Mayor of Detroit next to him. On his left is Wanda Rogers (Marvelettes) and next to her Raynoma Gordy, all surrounded by lots of Ex-Motowners outside the original Hitsville Museum; From the DVD The Strange World Of Northern Soul.

The Motown sound was alive again Thursday at Masterpiece Sound, a recording studio operated by former Motown writer and producer Sylvia Moy. Ian Levine, the British producer who’s been working with many of Motown’s vintage acts, has been in town for two weeks working on new recordings, and Thursday saw the arrival of Raymond Kives and Russ Regan, partners in Quality Records U.S.A., the label that will distribute Levine’s music.

The first release, slated for May, will be a medley of Motown hits — including “Dancing in the Street,” “Needle in a Haystack” and “This Old Heart of Mine.” Quality U.S.A. plans to release compilation albums and individual albums for groups like the Contours, Rare Earth and The Supremes — without Diana Ross.

“We have big plans, a multi-million dollar campaign,” Kives said Thursday, explaining that the records will be sold in stores and via mail order. Quality U.S.A. also will release an all-star remake of the Four Tops‘ I Can’t Help Myself, which Levine recorded last year in Detroit as a benefit for Detroit’s homeless.

Among the acts Levine has been working with during his stay are the Velvelettes, the Marvelettes, the Vandellas, Marv Johnson, Kim Weston, Dennis Edwards and Eddie Kendricks.

It’s a Motown showdown — in Motown. A battle of bop. A rhythm rumble on the riverfront, with Jefferson Avenue serving as the demarcation line.

Motown’s newcomers — hot young groups like the Boys, the Good Girls, Rich Nice, Milira and M.C. Trouble — will be stationed at Cobo Hall, pumping out their hits. A handful of dance steps away, on the open-air terrace of the Hotel Pontchartrain, Motown old-timers like the Contours, the Supremes (with Jean Terrell), Martha Reeves & the Vandellas, Kim Weston, Marv Johnson and others will sing the hits of yesteryear and some new songs they’ve been recording with British producer Ian Levine for his Motor City Records label.

It’s safe to say that so much Motown hasn’t been available in such a concentrated space during one weekend since Berry Gordy Jr. ran his nonstop hit factory on West Grand Boulevard. If Edwin Starr could see it, you know what he’d yell — “War!”

What is it good for? As far as Esther Gordy Edwards is concerned, having all this Motown music in town is cause for dancing in the streets.

“I think it’s really great,” says Edwards, Gordy’s sister and proprietor of the Motown Museum Historical Foundation. “Anything good that happens to the Motown alumni is just fantastic. Once you’re in the Motown family, you’re always in the Motown family…. And, of course, I’m for the youth and the future and the continuing of the Motown spirit, so it’s great to see them coming to town, too. It’s good for Detroit.”

And, in case you’re wondering, the proximity of the two shows is a coincidence. When it announced the Motortown Revue — the new Motown’s package — Brass Ring Productions didn’t know about the Motor City Revue at the Pontch. Quality Records’ Russ Regan, a former Motown executive who’s overseeing the release of Ian Levine’s productions in the United States, had no knowledge about the Motortown Revue until he was told by an interviewer.

And Motown president Jheryl Busby just asked how many people the Pontchartrain terrace can hold. “I’d hate to see us take people away from each other,” he says. “I think we attract different audiences. You could bring a whole family — take the kids to Cobo and send mom and dad to the Pontch.”

The goals of both shows are similar, however — the rejuvenation of the Motown name and its personalities. With Motor City Records, Levine and Quality Records are hoping to rejuvenate the careers of Motown artists whose careers have wallowed in a time warp created by the use of their ’60s recordings in films and TV commercials. People around the world remember Martha Reeves and Mary Wells; few can tell you what they’re doing now.

Quality’s Regan, however, is a touch more earthbound in his expectations. “This is an experiment, really. It’s something Ian’s been successful with in other markets, in England and Europe, and we’re hoping we’ll have that same success here.”

Quality’s first step is to remind listeners of their artists’ past. The first release, just out, is a “Stars on 45”- style dance medley that fuses new recordings of “Heat Wave,” “Dancing in the Streets,” “I Can’t Help Myself” and other Motown favorites. During the next two months, Quality will release a five-volume series titled “Motor City Dance Party,” which will feature more remakes of old Motown songs.

After that, however, the company will start releasing the new material Levine has recorded with the Motown veterans.

“What happens in our crazy business,” Regan says, “is that a lot of people forget about the artists as they get older. Hopefully, some of these artists will make a comeback here. I think what Ian did was give them a second lease on life, on their careers.”

So does Levine, a Motown fanatic who’s been as much a fan as a record producer during his visits to Detroit and Los Angeles to record these artists.

“This is the Motown reunion,” he says. “No one’s ever put all these people together since Motown was in Detroit. I think it’s kind of strange that it took an Englishman to do it.”

Motown’s Busby has an equally formidable task in rebuilding the once-great label. Busby has been the head of the House Gordy Built since fall of 1988, when Gordy sold Motown to MCA and Boston Ventures. Gordy made the kind of deal used-car salesmen dream about, getting top dollar — $61 million — for a well-worn vehicle desperately in need of new parts. Motown’s hit-makers — Stevie Wonder, Lionel Richie and Smokey Robinson — weren’t exactly prolific, and there was an alarming dearth of fresh talent on the roster.

So Busby did some housecleaning, shored up the veteran ranks — re-signing Diana Ross and luring the Pointer Sisters — and, most importantly, set about developing new acts in the Motown tradition. “Berry had a great formula,” Busby says. “I’m not looking to rewrite it. I want to pull up all the things that worked.”

The Motortown Revue is one of those things. The package tours Gordy launched during the ’60s helped establish the careers of such Motown stars as Wonder and the Supremes. The twist in the new Motortown Revue — which, despite sponsorship by Pepsi, stands to lose at least $200,000 because of exorbitant operating costs, according to Busby — is that the headliners already are established. The Boys — a preteen family act patterned after the Jackson 5 — sold more than a million copies of their debut album and had a Top 5 hit with “Dial My Heart.” They’ve filmed an ABC-TV special to air in September, and their new single “Crazy” is receiving substantial airplay around the country.

“They’re taking a risk,” Busby says. “They both have new records coming out, and they both could have waited and toured later on this year. We’re happy we didn’t have to do a big sales job. That’s what Berry Gordy got out of his acts — a lot of participation.”

Conspicuously missing from the package is Johnny Gill, a member of the group New Edition, whose solo album this year has been one of Motown’s best sellers. “As much as I’d like to put Johnny on the Motortown Revue, it would be a contradiction to our marketing plan for him,” Busby says.

And the goal of the tour, Busby says, is not to make money, but to help re-establish the Motown name. “The Motortown Revue is part of our heritage,” he says. “In terms of the future, it’s a great way to relaunch the merchandising of our name and our logo.

“We’re making a major statement this year. Next year we’ll be back with the Motortown Revue, and the next year, and the next. We want to keep developing artists who can make great records and great videos, and who can tour with a great show.”