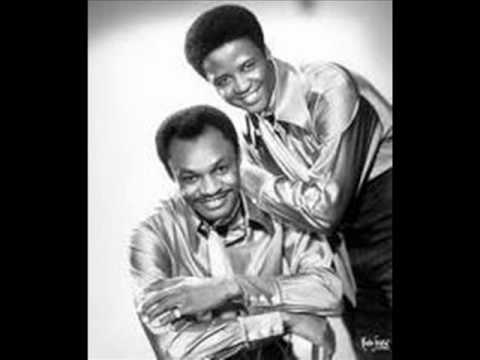 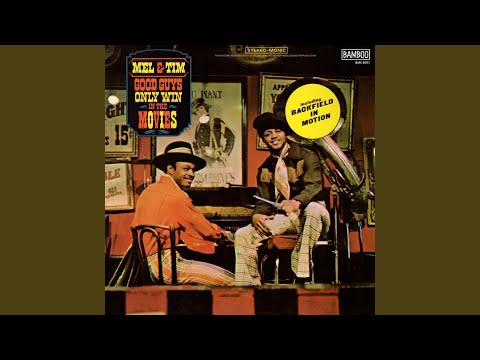 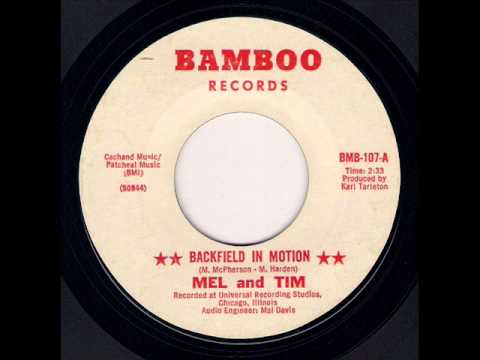 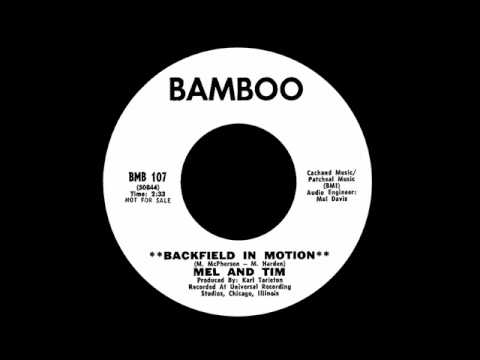 BACKFIELD IN MOTION – Verve Records VK10447, 1966
Caught In The Act
GROOVY SITUATION
Do Right
Good Guys Only Win In The Movies

Mel Hardin and Tim McPherson were cousins, they recorded on Gene Chandler's Bamboo label. Backfield in Motion is one of the 'master' soul tracks essential to play at the time in the late 60's at the Blue Note and Twisted Wheel clubs in Manchester. It was released in 1966 under the name The Poindexter Brothers and then again in 1969 under Mel and Tim.