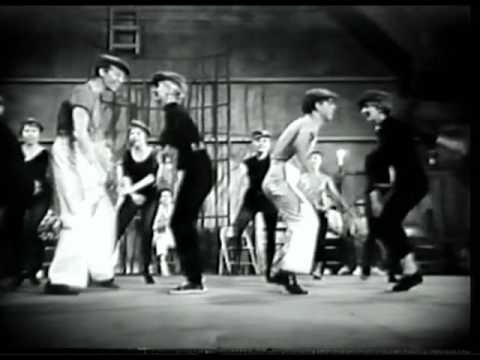 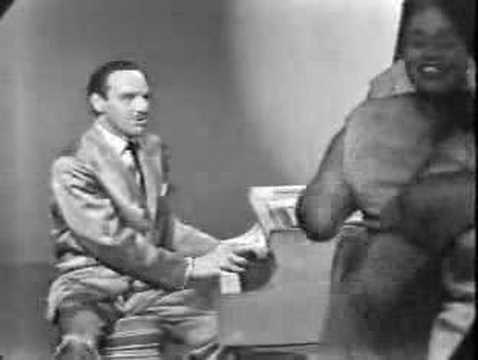 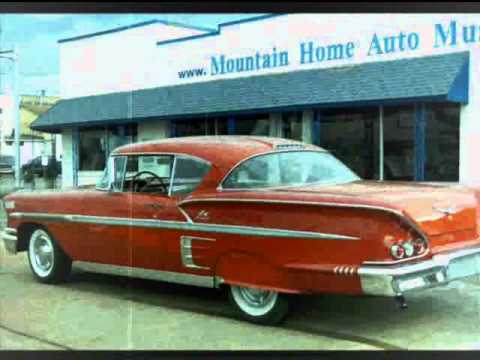 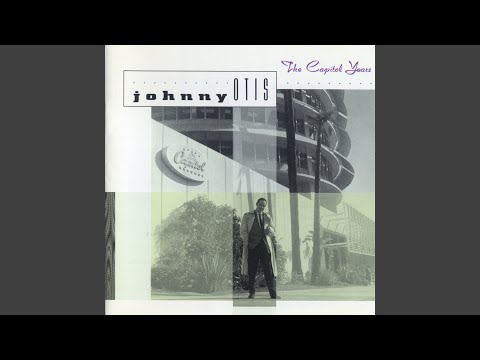 Johnny Otis was referred to as The Godfather of R&B although he was the son of a Greek immigrant who wanted to be black once he had switched on to American Blues.

The Johnny Otis Show.  Hand Jive was copied from a Bo Diddley riff but went on to be a big success. KEEP THE FAITH could be the theme song for the Northern Soul genre…

The following article originally appeared in The Herald-Times, 10/23/98, Bloomington, IN.

The term “The Godfather of R&B” isn’t one given loosely. Only the strong could survive in the competitive heyday of rhythm and blues in the 1940s and ’50s. But Johnny Otis not only survived, but thrived, a unique man who made the most of his opportunities, and helped shape popular music as we know it in the process. Johnny was important on the RnB scene he probably discovered Etta James and Little Esther Phillips…

Otis was a pivotal figure in rhythm and blues and rock ‘n’ roll as a performer, composer, producer, talent scout and radio and television host, winning him entry into both the Rock and Roll and Rhythm and Blues Halls of Fame. And he brings his nearly 60 years of music experience to Bloomington Saturday at the convention center, in a rare performance by “The Johnny Otis Show,” which will showcase the talents of “the real thing” of swing and jump music.

Born in 1921, the son of Greek immigrants, Otis grew up in a predominantly black neighborhood in Berkeley, Calif. But he embraced African-American culture as his own. “As a kid I decided that if our society dictated that one had to be black or white, I would be black,” goes his famous quote.

His musical career began in 1939 as a big band drummer in Oakland for Count Otis Matthews and His West Oakland Houserockers, a “jive blues band, jump band.” From there, he played in Denver with George Morrison and became a part of Lloyd Hunter’s band in Nebraska during the days of territory bands that would play in one region.

He finally settled in Los Angeles with Harlan Leonard’s Kansas City Rockets, on the recommendation of Nat “King” Cole and Jimmy Witherspoon.

Otis switched from drums to piano and vibraphones and had a hit record under his own name, “Harlem Nocturne.” It allowed him to travel around the country. But with changing times and tastes, the big band era was coming to an end.

“Then things got rough for big bands and we had to either get out or cut down, so we cut down to smaller bands,” Otis said. “And without realizing it, five or six of us had to do that, and we were building a new kind of music, which was to become known as rhythm and blues.”

Otis was also one of the only whites playing rhythm and blues and popular black music of the day.

“There were no whites involved in the creation of jazz or blues. Later, they were attracted to this form, and who could blame them, it’s good stuff. But no, there were no whites,” Otis said. But the African-American musicians he played with accepted him as one of their own.

“I was just another musician in that pool. And we played music, there wasn’t anything special about that . they accepted me as black, and there were plenty of black players who were much whiter looking than myself, Willie Smith, Earl Warren.

“I didn’t try to pass, it was just a foregone conclusion that ‘he’s black,’ nobody questioned that. Because it was against the law, why would we do that?”

Otis soon found himself branching out from performing. In the 1950s, after a gig, the owner of the Apollo give him an idea.

“He said, ‘Where you going now, John, back to L.A.?’ I said, ‘You know it’s rough out here because if you haven’t got a hit record now they forget about yesterday.’ He said, ‘I’ll show ya how to have a hit record all the time,’ and I says ‘Oh really, how’s that?’ He said, ‘Become a disc jockey, play other people’s hits, you’ll have hits every day.’þ”

Despite having no disc jockey experience to speak of, Otis went home and called the program director at KFOX.

“He said, ‘Well what do you do?’ I said ‘I’m a bandleader.’ He said ‘What’s your name?’ I told him Johnny Otis, and he laughed and said, ‘You mean the Duke Ellington of Watts,’ and I said ‘Yeah!’ So he and I became fast friends and he put me on the air and learned how to try to do that disc jockey thing, which I still do.” Otis became one of the most popular disc jockeys in Southern California and followed that up with a hit TV show as well.

He started his own record label and also opened a club in Los Angeles, The Barrelhouse, one of the first to feature rhythm and blues exclusively. It was a place to play in town because he couldn’t travel as much with his radio show commitments. Otis also worked as a talent scout, discovering Jackie Wilson, Big Mama Thornton (he produced the original “Hound Dog”), Etta James, Hank Ballard and the Midnighters and Little Willie John, among others.

He also scored a big hit with his song “Willie and the Hand Jive,” a song tagged with the new label “rock ‘n’ roll,” though Otis wasn’t much for labels on the music he’d been playing for years.

“Who is it that decides how we’re going to categorize this black music, that’s always been a problem with me. Who are these experts?” Otis asked.

“Well one night, we were at my club in Watts called The Barrelhouse, and we were playing, it was early in the game, and I had my little band together that was to become famous within the next year or so. And a couple of white guys were sitting at the table and at intermission they called me over. I sat down and one of them said, ‘Hey Johnny, you know what that is you’re playing?’ And I had my guitar player Pete Lewis with me, and I said, ‘What is it?’ And he said, ‘That’s blues and rhythm!’ I said, ‘Oh well, thank you.’

“And when they left my guitar man said, ‘Isn’t it wonderful how white folks can decide for us who and what we are?'” Otis remembered with a laugh. “And not too long after that they turned it around to rhythm and blues.”

Otis was working steady, and working with the music he loved. But the excitement and vitality of that early scene was, like the big band era before it, going to take a serious blow.

“But then, we didn’t know it. But right around the corner was the menace: the white boys in England who came over here, the Beatles and The Rolling Stones, and they wiped us out.

“The style we had developed is what the white boys copied, they came over here and used it and the next thing you know they’re big and we’re gone,” Otis said.

In the 1960s, at the height of the civil rights movement, Otis focused his energy on politics. He served as deputy chief of staff for his friend Mervin Dymally, who became the first black state senator and lieutenant governor of California. Dymally was eventually elected to Congress.

Politics seemed natural for Otis, as the civil rights movement came to a head and political power became necessary.

Otis wrote his first book in 1968, Listen to the Lambs, about the Watts riots of ’65 from the unique perspective of a white man who was in the middle of the unrest.

Keeping busy even today, Otis teaches a course at the University of California at Berkeley, “Jazz, Blues and Popular Music in American Culture.” He is also an artist, and many of his paintings, sculptures and wood carvings were featured in the book Colors and Chords — The Art of Johnny Otis (his culinary skills were detailed in Johnny Otis — Red Beans & Rice and Other Rock ‘n’ Roll Recipes).

He also continues to perform and record. His 1994 Spirit of the Black Territory Bands received a Grammy nomination. His latest album, Blues and Swing Party, features classics like “Misery,” “Louie Louie” and “Stack-A-Lee.”

And lest there be any worry about the Otis legacy coming to an end any time soon, his “Johnny Otis Show” band features one of his sons on drums and a nephew on guitar. His grandson, the son of Otis’ well-known guitar-playing son Shuggie Otis, plays bass.

And though his accomplishments are numerous, he is most proud of his family life. “My wife and I have been married 56 years. She put up with me and together we made the marriage last and we’ve raised our children and now we’re raisin’ our grandchildren. That’s the thing that sticks out in my mind.”
——————————————————————————–

Johnny had a son Shuggie who followed his fathers Soul roots and one great song he did was  – Inspiration Information.