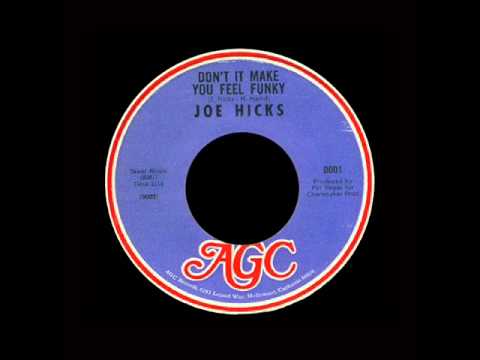 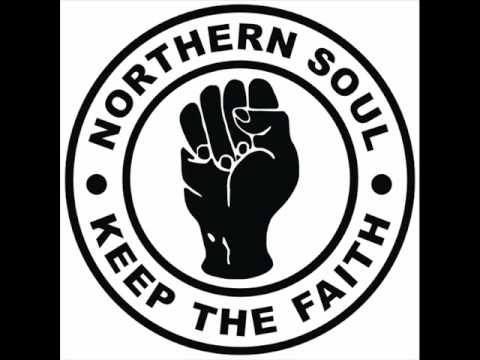 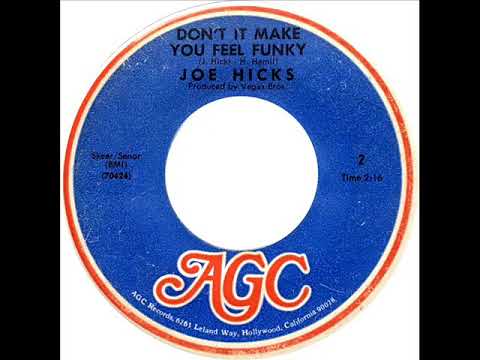 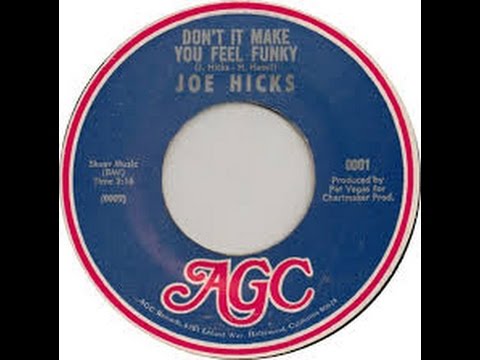 Don’t It Make You Feel Funky

That guitar sound on this record from Joe Hicks is distinctly early ‘Beatle’. 387 on Kev Roberts Top 500.

In his book Kev says that in the early sixties it was the DJ Worlfman Jack (a huge Beatles fan) who pushed this 45; but it got nowhere. And it was Ian Levine who re-surfaced it in 1974.

Another from ‘Mighty’ Joe Hicks: Could It Be Love