Hot Sauce - I'll Kill A Brick (About My Man) 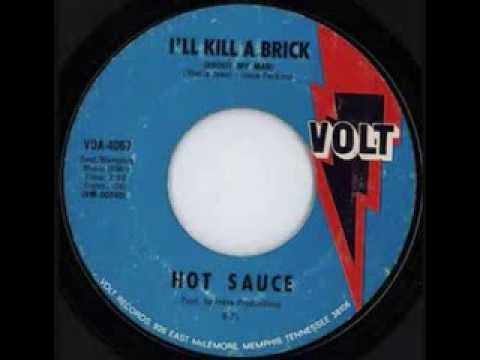 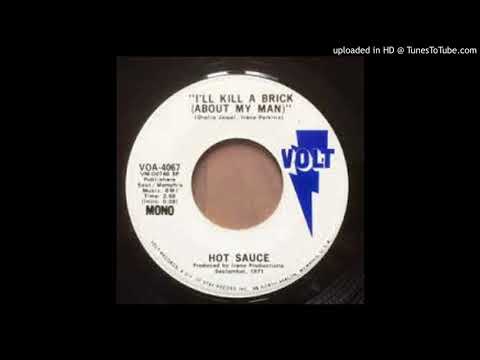 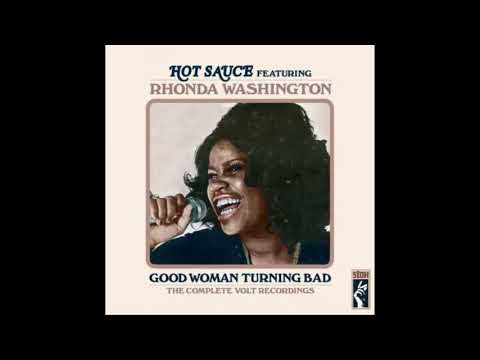 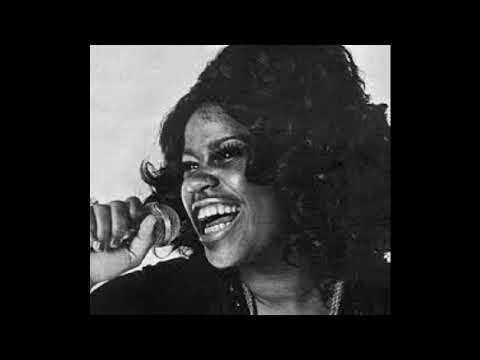 Well, we certainly missed this incredible 45! And we were really up on the Stax Volt thing in the sixties. Love it, just LOVE IT.

On the CD: BRING IT HOME – fantastic.

Ace’s second dip into the Stax vaults this month brings together the complete recordings of Detroit-based, Memphis-recorded act Hot Sauce, who came to the company in 1971 and who had the dubious honour of releasing the last-ever single on Volt in 1975. Hot Sauce only had two modest R&B chart hits but all of the act’s work is highly regarded and avidly collected by lovers of serious Southern soul. Originally a two-boy, one-girl trio, Hot Sauce quickly became a solo vehicle for the sublimely soulful singing of Chuck Berry’s niece Rhonda Washington, who fronts every one of the selections featured on Good Woman Turning Bad . Rather than using Stax’s own studios, their tracks were recorded elsewhere in Memphis at Royal (home of the Hi Sound) and sweetened in Detroit, which gives the recordings a near-unique sound as far as Stax 45s go. Hot Sauce was scheduled to have an album released in 1974 but the project was cancelled as Stax slid into bankruptcy. Using the original production master, Ace have resurrected the planned album’s running order and augmented it with various single-only sides to present the small but mighty catalogue of Hot Sauce on CD for the first time. Only one of these tracks is currently available on an Ace CD. Watch out for several more premium quality Stax projects from Ace in the coming months.