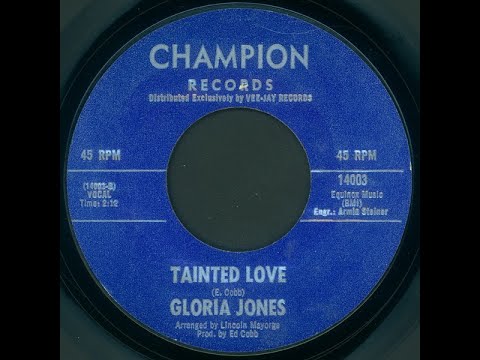 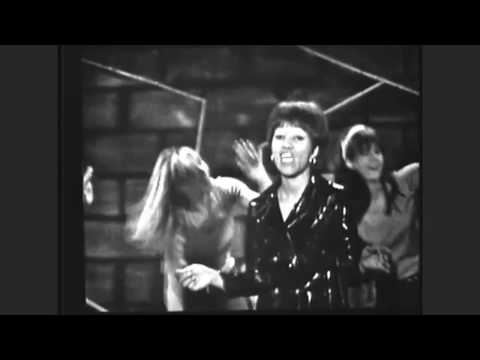 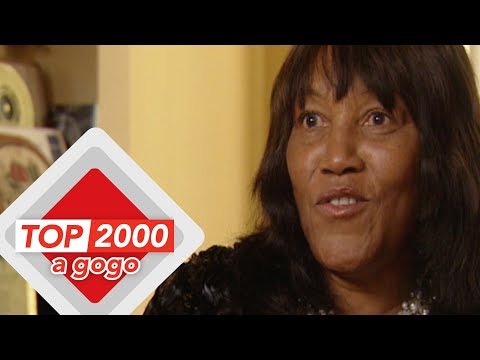 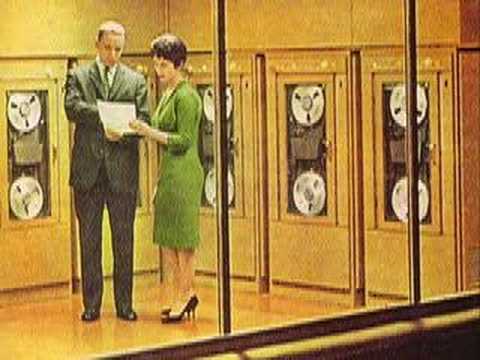 Gloria originally performed as a member of the Blossoms, she went solo and released two great soul tracks ‘Tainted Love’ and ‘Heartbeat’. She moved to England and was the girlfriend of Marc Bolan and appeared on his TV show and joined his group T Rex. He was killed in a car crash in 1977 with Gloria behind the wheel and Gloria later returned to the USA.

Kev Roberts has Tainted Love at 24 on his Northern Soul Top 500.

Her ‘Tainted Love’ (1966) became a smash hit in the UK for another Marc dressed in black; Mark Almond of Soft Cell, and later by Marilyn Manson. but the less said about such versions the better!

DL  (Dave Lomas) had “Finders Keepers” in 1966 and when he was the Blue Note DJ in 68 he pounded it to death along with all the other Gloria Jones vinyl’s he had. He would put on “Heartbeat” to clear the dance – floor (nobody would dance to it!). So its the Blue Note more than the ‘Wheel’ that can claim launching her onto the ‘Northern Soul scene’.

After the closure of the Blue Note and then the Wheel, the Wigan Casino opened and became the soul Mecca. Gloria Jones’ TAINTED LOVE was a very early sound in Wigan at the ‘new all-nighter.

A great recording supposedly found by the Casino DJ’s but it was Dave Lomas who played it first at the Blue Note. We never heard it played anywhere else, not even at the Wheel. Dave also had a copy of ‘Heartbeat’ which was much, much more popular  than Tainted Love at that time.

Gloria was born on the 12 September 1938, in Long View, Texas. She was also a songwriter and co-wrote Marvin Gaye and Diana Ross’ 1974 hit duet, ‘My Mistake.’

Sometimes I feel I’ve got to
Run away, I’ve got to
Get away
From the pain
You drive into the heart of me
The love we share
Seems to go nowhere
And I’ve lost my light
And I toss and turn
I can’t sleep at night

Once I ran to you
Now I run from you
This tainted love you give me
I gave you all a boy could give you
Take my tears
And that’s not really
Ooh, tainted love
Tainted love

Now I know I’ve got to
Run away, I’ve got to
Get away
You don’t really want
Anymore from me
To make things right
You need someone
To hold you tight
And you think love is a game
But I’m sorry I don’t play that way

COME GO WITH ME

“Come Go With Me” (Orig The Dell-Vikings) This is rated at 106 on The Northern Soul Top 500. And its certainly great, and only the lyrics compare to the original – a great dance version and upbeat updated Doo Wop: great stuff.