Frances Nero - Keep On Lovin' Me 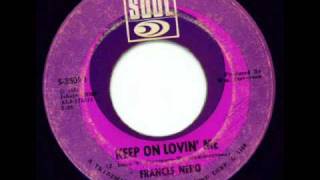 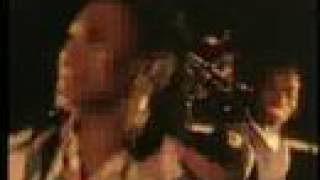 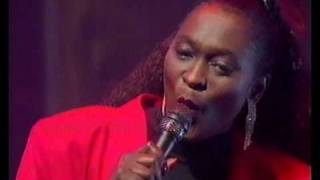 One of the original early artists signed to Motown, but had no success on the label.

She was saved from continuing obscurity by entrepreneur, Dr Who fanatic, Soul enthusiast and DJ: IAN LEVINE. Full credit to Ian who wrote this great song. It charted in England in 1991.

Its a great song, but decried by many a Northern Souler who seem to hate both Ian and this recording because its new, modern and not a dusty piece of sixties vinyl that has been retrieved from long deleted punch holed  USA singles on an original obscure label that nobody has. Obviously new popular and easily obtainable Soul music has no value to such folks as they put rarity value way above quality of music whatever the age, style or ability of the musicians. Many a DJ and record collector on the Northern scene has become very sniffy about Soul music and what constitutes its value.

FEW! Having got that of my chest, you can guess that Soulbot likes all types and styles of the genre, ancient, and modern. WE JUST LOVE SOUL MUSIC.

So Ian Levine must be credited as his legacy is assured in the facts that he was a pioneering Twisted Wheel DJ, an early record importer and spent almost all his money in efforts to re-establish, almost forgotten Soul artists as told in The Strange World Of Northern Soul (six volume CD’s)  introduced by Sandi Sheldon. Shame about the awful computerised drums on the songs – sorry Ian!

Motor City records was the label set up by Ian for new recordings from many old and new Soul artists.

Francis did a great 45 on Motown in 1966 only released in the USA but which has become widely available on many CD compilations since her popularity rise in the 1990’s:

Keep On Lovin’ Me