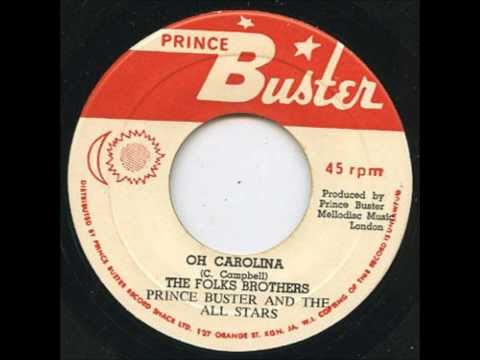 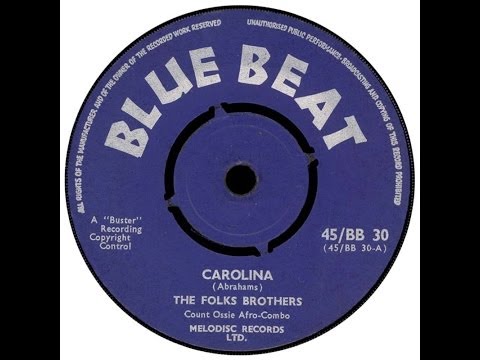 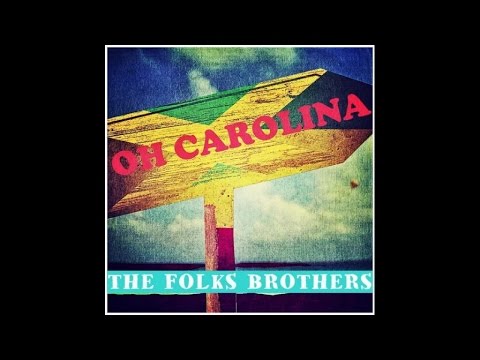 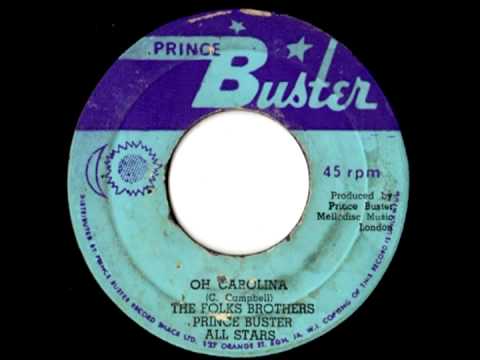 Often copied but the original was by The Folkes Brothers.

“Oh Carolina you get on my nerves, I’ve heard you so often more than your Blue Beat deserves. Oh Carolina I guess you had the right curves to charm the Prince and the Brothers. But I am not one of your lovers, so leave me alone and someday you’ll be on my turntable to play. Oh Carolina from Jamaica, I’ve got to make things right, it’s just because you were the cause of the fight last night.”  OH Carolina – 1961,  re- released on Blue Beat 1964.

A poetic Rap about Carolina from – LAST FIGHT AT THE BLUE NOTE one of the ending chapters that tells the story of SKA and infiltration by the young Jamaican guys  taking over the Soul of the club for more dominance by SKA… as told in the book about those times: THE MANCHESTER WHEELERS.

John, Mico and Junior Folks only made one single Oh Carolina/I Met A Man. They claim they did it whilst Buster he claim he did it all on account they didn’t show up for the recording and he did it himself, then did theirs later..it started 20 years of trouble.

The three brothers Folkes: Michael, John and Eric together with Count Ossie and his drummers, Owen Gray (piano) and extra vocalist Skitter so the official story goes go to Prince Buster’s studio to record a song that the ‘Prince’ had written for them – Oh Carolina, a song destined to make a massive impression on English youth culture – from the Mod movement.

‘Oh No not Oh Carolina again!’ was the lament from Soul music club DJ’s in Manchester. Requested repeatedly for playing again, and again! It was of course Roger Eagle who first introduced the track at the Twisted Wheel at the end of 1963 early 1964 were it became a record that had to be played at every session. Its fame spread  over the city to all the Beat Clubs. It was also massive in London clubs. And it stayed the course repeatedly requested throughout the sixties. DJ’s and probably a lot of club goers became fed up with it, as it was repeatedly played ad nauseum. Nevertheless it was an excellent track which still impresses today.

In 1993 an updated version of it reached number 1 in the UK charts for Shaggy. And still Prince Buster got no royalties, but it did result in him touring the UK again with his version!