The Flamingos The Boogaloo Party 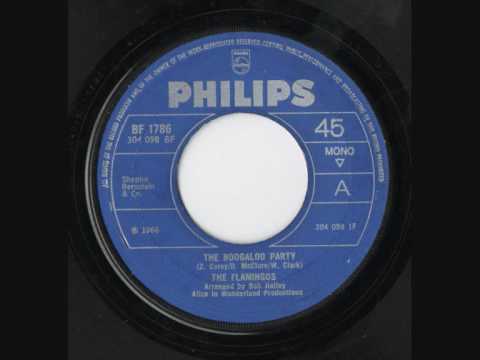 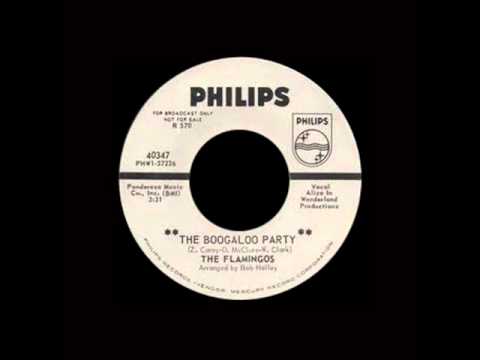 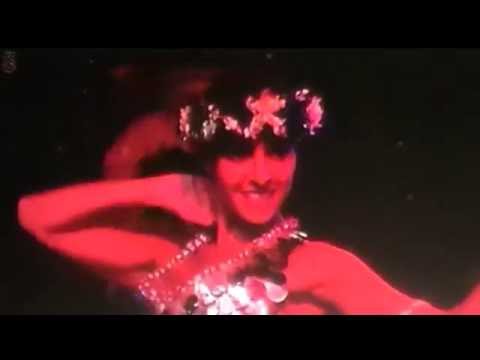 The Flamingos released one massive Soul record that rocked Manchester‘s soul clubs apart. It was eventually  re- released due to its popularity in 1969 and reached the top thirty! Doug McClure or Tommy Hunt was the lead singer, which were not sure and as a result was the record and Tommy Hunt became well respected in soul circles in Manchester.

Lovers Never Say Goodbye and I Only Have Eyes For You and Nobody Loves Me Like You (written by Sam Cooke) became hits in the USA. In 1962  they released I Know Better.

In 1966 Boogaloo Party was the group’s only UK chart hit when it reached number 26 in 1969 after being re-issued (three years earlier it was a US R ‘n B number 22 hit). Its original impact upon the Northern Mod scene in Manchester and also in London soul clubs, built up enough interest for a re-release to the probable dismay of the record collectors who already had it on the Philips Label (UK).

IN 1970 Their last US chart record was Buffalo Soldier in 1970. Nate Nelson died in 1984 and Paul Wilson in 1988. Sollie McElroy, after leaving the Flamingos in 1955, joined the Moroccos (Johnny Carter had joined the Dells) and Tommy Hunt went solo. The Flamingos – without Tommy Hunt are seen live on the DVD Soultrip USA (2004) but their performance is marred by bad recording.