Ed Townsend "For Your Love" 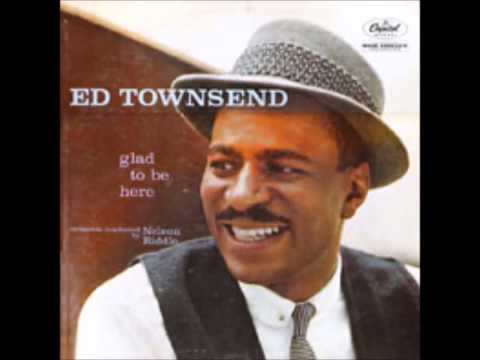 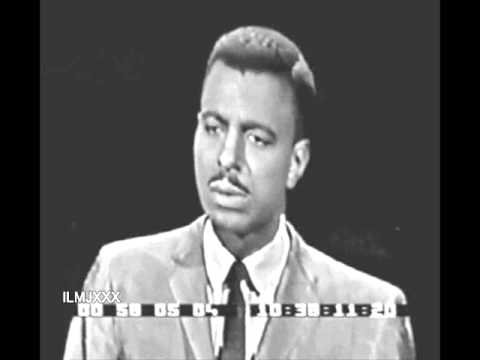 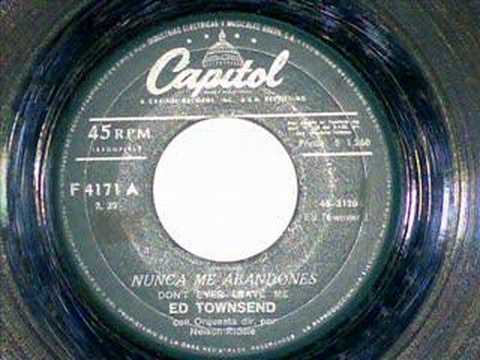 Ed Townsend was the musician famed for the classic he created with Marvin Gaye. “Lets Get It On”

TRUE LOVE is one of his which is pretty good but not on YouTube. His first and biggest chart hit in the USA was “For Your Love” in 1958 – its a very dated sound to modern ears.

During a 50-year career, the singer, songwriter and producer Ed Townsend, who has died of heart failure aged 74, composed more than 200 songs. But he was best known for his crucial contribution to Marvin Gaye’s classic Let’s Get It On.
His association with Gaye began in 1972, when the singer asked him to collaborate on a new album. Gaye had been a Motown stalwart but, like Stevie Wonder and others, he was frustrated by the tight control over his career exercised by the company’s owner Berry Gordy.

Gaye persuaded Gordy to allow Townsend – rather than a staff member – to co-produce the album. Townsend pulled off an equally important coup by keeping the rights to his songs rather than surrendering them to Gordy’s Jobete company.

Townsend always claimed that his lyrics had been inspired not by sex, but by his fight against alcoholism. ‘It was about the business of life – life is life and let’s get on with it,’ he said.

Townsend also reined in Gaye’s fondness for electronic effects in the recording studio. He goaded Gaye into singing the definitive version by telling him that he couldn’t take the studio with him and overdub at Madison Square Garden.

‘That pissed him off really bad,’ said Townsend. ‘Marvin took off his shirt, got on the microphone and sang Let’s Get It On for 10 minutes. When he was finished he put his shirt back on and said: ‘Now what do you think?’ And it came out wonderful.’

Born in Fayetteville, Tennessee, as a child Townsend sang in the choir of his minister father’s African Methodist Episcopal Church. He graduated from Arkansas state college and taught briefly before joining the Marine Corps. He served for two years in Korea, where he was heard singing by the bandleader Horace Heidt.

Townsend toured the Far East with Heidt and moved to Los Angeles in the mid-1950s. He wrote and published songs recorded by Nat King Cole and Etta James, among others, compered a local television show and signed a recording contract with Capitol.

For Your Love, a lush ballad performed in his rich baritone voice, reached the American Top 20 in 1958, and was his biggest hit as a recording artist. He subsequently recorded with little success for Dot, Liberty and Warner Brothers.

In 1963 he moved to New York to become musical director of the Scepter and Wand labels, whose artists included the Shirelles, Dee Dee Warwick, Maxine Brown, Chuck Jackson and Tommy Hunt. During the 1960s, he composed and produced some classic soul recordings including Problem Child by Gloria Lynne, Foolish Fool by Warwick and The Love Of My Man by Theola Kilgore.

Townsend worked with Gaye only once more after the Let’s Get It On album – on 1978’s Here, My Dear – but he remained in demand elsewhere in the music business. For the Chicago-based Curtom label he wrote and produced the Impressions’ 1974 number one rhythm and blues hit Finally Got Myself Together (I’m A Changed Man), another confessional statement. He also recorded a solo album for Curtom.

His career continued to be affected by alcohol addiction until successful rehabilitation treatment at a Los Angeles Salvation Army centre in 1990.

In 2001 he set up his own charity, EBT New Life Inc, and the associated 12 Step Records to assist others in recovery from addiction. He also composed a show, Rehabilitation: Been There! Done That! which has been performed around the US.

He is survived by his second wife, Janice, a daughter, three stepdaughters and three sons from his first marriage.