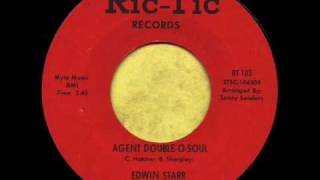 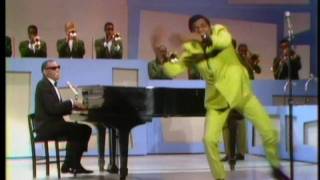 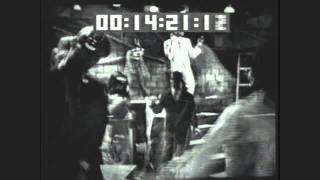 Agent Double -O- Soul was a record made by Edwin Starr at Golden World record studios in Detroit and released on its RIK-TIC subsidiary: a business owned by Ed Wyngate.

A craze about secret agents was probably ignited by the James Bond film DR NO, and maybe originally begun as a music theme by the Olympics with SECRET AGENTS in the late 50’s describing a Stateside TV show: I Spy and Honey West. Now this song – a fast dancer – very popular at the Blue Note in Manchester, has all the ingredients of a top rated Northern Soul track but I have yet to hear it played on that scene!

We heard “Headline News” first from Edwin as it was released in the UK on the Polydor label, once we had that with its fantastic ‘B’ side “I HAVE FAITH IN YOU” we were in absolute awe of the man and quickly found methods to import anything by him.  So that’s how “Agent Double -O-Soul” found its way to Manchester and of course played at the Twisted wheel.

I SPY FOR THE FBI by Jamo Thomas followed on along with this theme. And was yet another record written by Richard Wylie.

On the ‘B’ side of Edwin’s recording was an instrumental version of: Agent Double O Soul.

Other instrumental versions of Edwin’s song were made by The John Schroeder Orchestra; which was regularly played at Manchester’s soul clubs.

And later another OO Soul record came along which was unearthed in 1973 by Ian Levine, this time on Wingate records by Sonny Stitt.

The success of Edwin Starr and the rise of Golden World and Rik-Tic was seen as a threat to Motown. Especially so as writers like Richard Wylie and musicians from Motown (The Funk Brothers/San Remo Golden Strings) were moonlighting for extra dollars at Ed Wyngate’s nearby studios. So Berry Gordy bought out the entire enterprise, that’s why Edwin’s recording was later re-issued as a Motown record. More on this story – GOLDEN WORLD.

Then there was another FBI cover:

And there are several more Bond themes related to Blue Beat by for example Prince Buster.