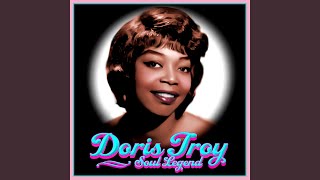 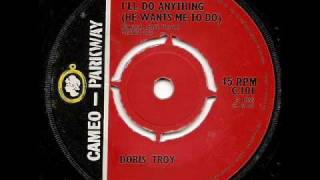 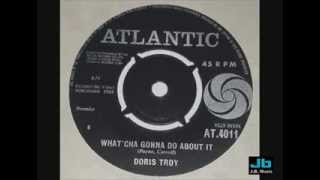 Doris Troy was born in New York (6th January 1937) she toured England frequently in the 1960s and lived in England for long periods in the 1970s. Her tracks were constant favourites at the main soul clubs in Manchester and London played constantly through the decade.

She wrote most of her own recordings and under her songwriter pseudonym ‘Payne’ she wrote for other artists, and sung backup with Dionne and Dee Dee Warwick and Cissy Houston and others at Atlantic. In England The Hollies covered What’cha Gonna Do About It on their first album as well as having a big chart hit with Just One Look.

In 1970 she recorded for Apple with help from George Harrison and Billy Preston. She sang backup vocals for British rock groups, even Pink Floyd.

In the eighties she starred in Mama I Want to Sing – a musical based on her life story.

Just LOVED on the first Soul scene in the UK by the Mods, then also on the second which via Kev Roberts puts “I’ll Do Anything” at 168 on the Top 500.