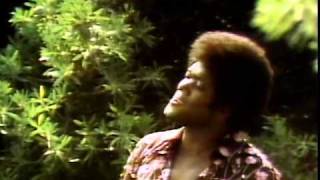 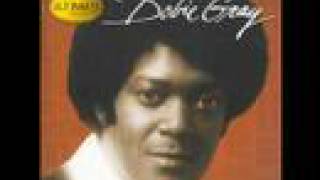 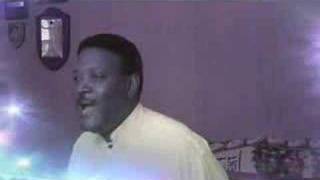 Dobie Gray made one fantastic record, long before, Drift Away, his hit of 1973, and Out On The Floor (1975). These tracks pale in comparison to his best  track The In Crowd. Without doubt this was both a better song and more representative of the Soul movement than other tracks he released in the 1960s – 70’s, which years later became his biggest hits driven by their rarity. This rarity is often more important to  Northern Soul aficionados than the emotions certain tracks produced in the golden age of soul and if you were there, you know what we are talking about. Kev Roberts has Out On The Floor as his second best ever Northern Soul Track – surely The In Crowd was the theme of everything that the Soul Mods stood for…

The “In” Crowd was symbolic to the Mod movement of the mid 1960s and was a Mod anthem along with Cool Jerk by the Capitals, Mr Bang Bang from Little Hank and Bobby Bland’s Good Time Charlie, all denoting arrogance hip style and elitism. In fact it was the Mod soul anthem and soul was as close to the mod movement as a Ben Sherman button down collar shirt was to their dress code. The In Crowd told the story of the Mods. You knew if you were in the ‘in crowd’, but real Mods never claimed to be Mods.

The In Crowd was later copied as an instrumental, and became a hit for the Ramsey Lewis Trio. Dobie Gray was a stage name, he was in fact Leonard Victor Ainsworth born July 26, 1943, Brookshire, Texas. He had a varied career – soul singer,  composer, and actor.  He appeared  in Broadway plays, and appeared in the Los Angeles production of Hair.

He moved to Nashville in 1978, re-emerging in the late ’80s as a country songwriter and performer. Dobie Gray wrote many songs and significantly David Ruffin recorded his song “City Stars.” The LP ‘Back Where I Belong’ in the 1980s country-soul, failed to make him a ‘country star’ but he has made appearances on The Nashville ‘country’ Network.
The ‘IN Crowd’ were the Twisted Wheel crowd from 1964 – 66: possibly as late as 67/68. After 68 the Mod association faded out entirely. Simultaneously 66 – 69 saw the rise of the Blue Note in Manchester a club that kept the ‘entire repertoire’ of black American soul music going, as the Wheel drifted towards defined dance sounds only.

The latter day Northern Soul squad hardly mention the originals – the main soul artists from Stax Motown etc. For example Kev Roberts in his book- Northern Soul Top 500  includes very few. His list consists mostly of records that were ignored or passed over at the time of their release because of the wealth of competing and at that time far better tracks. As an example Out On The Floor  is regarded by Roberts as the second best track of all time when, to be absolutely honest, listening to it objectively it is a bit naff! For the original Wheel crowd it could only be The In Crowd which does not appear in his top 500. We leave it to you to decide. Out On The Floor

In the seventies too he did the iconic Drift Away which was a chart hit for him. Another great mover from the man: Find Em And Forget ‘Em.

But going back to our time in the mid-sixties this one was the only other record that we played by Dobie:

See You At The Go-Go – Pye International