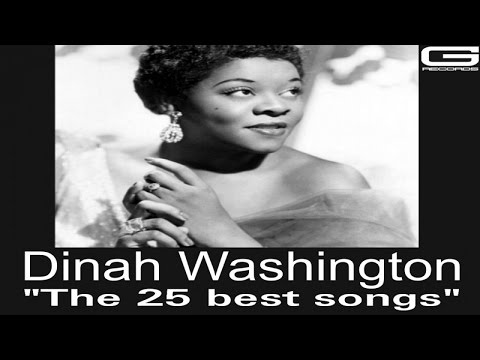 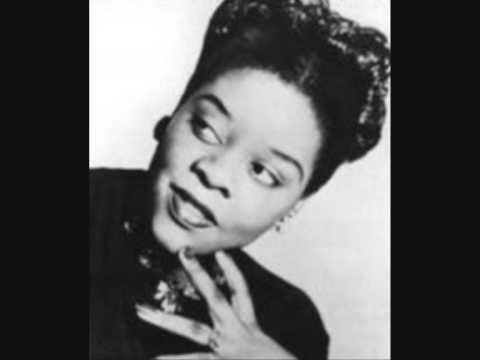 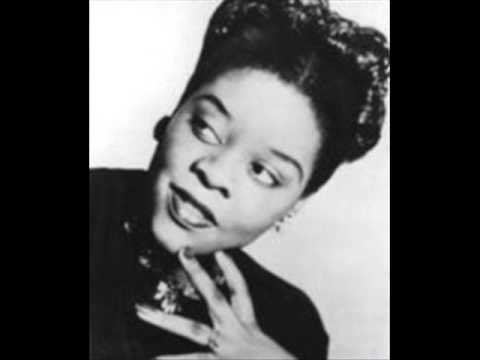 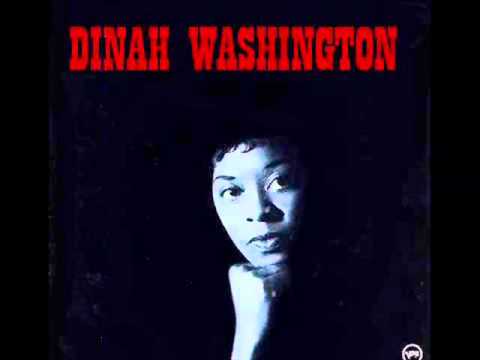 What A Difference A Day Makes

September In The Rain

Mad About The Boy

Dinah Washington has a great voice, which is extremely emotional – soulful. September In The Rain was heard now and again at the Blue Note, especially at quieter end of session winding down times.

She made many recordings that are Jazz, R ‘n B and soul influenced from Tuscaloosa, Alabama she started out in the church choir. She is quoted by many female soul singers as their inspirational icon.

Dinah Washington’s colourful life was told in music, song and dance at the Penumbra theatre:

The Penumbra Theatre is pulling out the stops for the Dinah Washington biography ‘Dinah Was,’ a rare musical at a playhouse known more for wrenching poetic dramas than snappy entertainments.

Staging a musical would not be news for many companies in the Twin Cities; Chanhassen Dinner Theatres, for example, lives on song and dance. But Penumbra founder Lou Bellamy has eschewed such shows because, he says, most of them are undramatic spectacles with thin narratives — at least the ones with African-American subjects and music.

‘What you often find missing is a context — literary, historical, biographical and aesthetic — that deepens a musical, that makes it important beyond the singing,’ Bellamy explained. ‘You can’t just have black folks up there singing and smiling without knowing what’s under the music. We don’t want people to just come in here expecting to snap their fingers; the musical [mirth] has to be earned.’
Regina Williams plays legendary singer Dinah Washington.
Joel Koyama
Star Tribune

Bellamy, who is directing ‘Dinah Was,’ Penumbra’s season-opener, said he has found the perfect balance of music and drama in this show, written by Oliver Goldstick. Washington, its legendary subject, was a blues and jazz dynamo with a foul mouth and a powerful singing voice. She also broke down a lot of barriers — for women and for blacks — as she became, in the 1940s and ’50s, ‘the queen of the blues.’

In wearing that honorific, Washington succeeded Billie Holiday and Bessie Smith, but she was not limited in her genre. She moved effortlessly and articulately among musical styles, ascending the firmaments of jazz, R&B and pop. She carried others on her coat-tails — or mink stoles — giving show-biz breaks to such entertainment figures as Lola Falana, Gregory Hines and a young arranger named Quincy Jones.

‘I would put her just below Billie Holiday and Bessie Smith in terms of her blues and jazz accomplishments,’ said cultural historian John Wright, a professor of English and African-American studies at the University of Minnesota.

‘Dinah shaped a whole phase in the development of the jazz tradition,’ Wright continued. ‘She expressed a style that reflected changes in African-American life from World War II to the start of the civil-rights movement. Dinah formed a new kind of female blues-jazz persona, one that wasn’t about suffering but trascendence.’

‘Dinah Was’ is set in 1959, four years before her death at age 39, when Washington was at the height of her success. Her songs ‘What a Diff’rence a Day Makes,’ ‘This Bitter Earth’ and ‘Baby (You’ve Got What It Takes’ — a raunchy duet with Brook Benton — were on the music charts.

The show is based on an actual incident. Much of it takes place in the lobby of Las Vegas’ Sahara Hotel, where Washington was a headliner but could not be a guest. She quickly discovers that she is expected to stay in trailers reserved for ‘colored’ guests and entertainers, despite the fact that Nat King Cole already had integrated Las Vegas.

‘Dinah Was’ deals with her social and personal struggles — conflicts with the white establishment and record labels; with her seven husbands (who have been collapsed into two for the show), and with her mother, who disdained her music as the work of the devil, yet still hoped to prosper from the fruits of her daughter’s fame.

‘Dinah Was’ also captures the two sides of Washington’s personality — her sassy command of her band and her men, as well as her kindness. The show catches her at the peak of her powers but about to take a fall.

‘When you compare her to a figure like Billie [Holiday], you see her strength,’ said Wright. ‘Her life had a fierce arc.’

‘She knew what she wanted in her singing, and so she similarly lived her life that way,’ said T. Mychael Rambo, who plays two of her husbands. ‘When she was true, she was true, because that was what it took for her to make it.’

The playwright had rich material to mine. Chronicled by James Haskins in ‘Queen Of The Blues: A Biography Of Dinah Washington,’ Washington’s life is full of colorful extremes — poverty and splendor, devotion and profanity, sass and class.

The singer the world knows as Dinah Washington was born Ruth Lee Jones in Tuscaloosa, Ala. in 1924. At three, her family was swept to Chicago in the great migration northward

Because she was not a classic beauty — she had broad, asymmetrical features — and because of her deep chocolate complexion, Washington was cruelly teased as a child. Kids in her Chicago neighborhood called her ‘Alligator,’ which toughened her.

Yet she found joy in music. She sang and played the piano, on both scores imitating her mother, Alice Williams, who was part of a gospel singing group. That familial interest in music would be Washington’s salvation. When she was 15, she won an amateur singing contest at Chicago’s Regal Theatre. That event launched her locally.

But she was at odds with her strongly religious mother, who looked askance at secular music. Teenager Washington would sneak out to perform in bars and night spots on Saturday evenings, then try to make it up on Sunday mornings by singing in church.

In her late teens, she was asked to accompany gospel singer Sallie Martin on tour. She eventually quit the poor-paying gospel circuit and started touring with consummate swingman Lionel Hampton, who is reported to have renamed her when she joined his band. She would use that experience to build an incredible career and legacy. During the era of segregation, she appealed to diverse lovers of jazz, pop, gospel and blues alike, with hits such as ‘All of Me,’ ‘I Wanna Be Loved,’ and ‘Rockin’ Good Way,’ another duet with Benton.

Washington was a pioneer on many fronts. She was the first black woman to play a main room on the Las Vegas strip. She had an entourage, and her accoutrements — mink coats and copious jewels — were famous before hip-hoppers even dreamt of the expression ‘bling-bling.’

Washington’s many marriages included one to tenor saxman Eddie Chamblee, one of the inspirations for the two husbands in the musical. Chamblee’s younger brother Alvin, 79, lives in Roseville and volunteers for various arts and cultural causes in the Twin Cities.

He described the marriage as interesting. ‘I would see them from time to time’ at gigs, he recalled. ‘My brother was married a lot, too — four times; they were both the marrying kind, you know.’
Command and control

Onstage, Washington bore herself regally. Like other dark-skinned entertainers such as Nat King Cole, Ella Fitzgerald and Sarah Vaughan, she presented an example to counter stereotypes.

‘Since she wasn’t a high-yellow gal, she knew she had to work harder,’ said Regina Williams, who plays the title role in Penumbra’s production. ‘Dinah discovered that people put you in a place economically because of the way you spoke, so she watched Bette Davis movies and changed the way she spoke. She had perfect diction because of that.’

That vocal control is evident on the 500 recordings she made in a 20-year career. A dozen of her songs are performed in ‘Dinah Was.’

‘In acting and interaction, what happens in between the sounds says a lot,’ said Rambo. ‘Dinah understood how to close a phrase, make the next sound come alive; when you listen to her, you listen to her silences, too.’

It it also that drive for perfection that did her in. She died of an accidental overdose in Detroit in December 1963.

‘I believe it was Lionel Hampton’s wife who took her out and showed her how to dress, so Dinah started recognizing her own feminity,’ Williams said. ‘Once she caught ahold of that, and that people were attracted to it, she couldn’t let it go. So she took pills for her weight, to go to sleep, to stay awake. I think about her and say, ‘Poor thing,’ I want to hold her.’

Goldstick’s musical has touched the actors in unexpected ways. Williams, a former member of the Sounds of Blackness, likened playing Dinah to portraying Laura in ‘Tambourines of Glory’ in the late 1980s.

‘It was a huge role. I sang, got to act, got to be evil and turn good,’ she said. ‘What’s so exciting about this particular role is that I’m playing someone my age.’

Bellamy has cast other singing sensations in the show, including Austene Van Williams Clark and Greta Oglesby, who was a hit in Chicago in the spring in August Wilson’s ‘Gem of the Ocean.’ The music is being directed by pianist Sanford Moore.

‘I’ve seen the play on two other occasions,’ said Rambo, a veteran of musical theater. ‘What I found in this new production — discovered — is a searing dramatic piece of theater. Because of how this staging is coming together, you really grasp this story. This is not a woman who just sang; she really lived the lyrics that she sings. You won’t dismiss the dialogue as you wait for the next song. It’s nice to be in a show like that.’