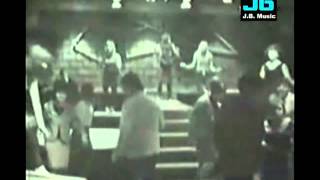 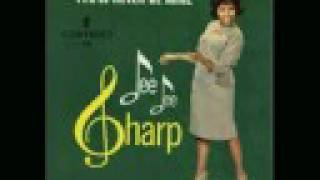 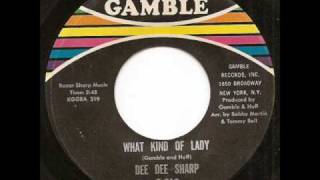 What Kind Of Lady

FANTASTIC singer, big on the original Manchester Soul scene The Twisted Wheel, The Blue Note, The Jigsaw. One time married to song writer and singer Kenny Gamble Dee Dee Sharpe had been a studio backing singer at Cameo- Parkway before she made a solo record. She had made a duet recording with Chubby Checker; “Slow Twistin’ [Parkway 835] released in March of 62′
Later in 1962 came “Mashed Potato Time” [Cameo 212], a dance song that went to number 2 in the USA chart.”Gravy (For My Mashed Potatoes)” [Cameo 219], followed it reached number 9 (even though it was a blatent copy in many ways of the previous record, in those days this type of follow up seemed to work).

She stuck to dance songs and brought out the ‘ The Pony, then “Ride!” [Cameo 230] (maybe Lee Dorsey was listening!). “Slow Twistin’,” followed adding up to four top ten hits for the year.

But that was it as far as hits went. The first two; Slow Twisting and Mashed Potato Time were played at the first Twisted Wheel Club, maybe some of the others too but I only remember hearing these.

Her biggest number on the Manchester soul scene was the F A N T A S T I C “Standing In The Need Of Love”, and “What Kind Of Lady”  big favourites of Dave & Dave the DJ’s at the Blue Note.

I still can’t get over the shock of seeing that Northern Soul DJ Kev Roberts rates “What Kind Of Lady” as a lesser Soul record that Julian Covey!!! putting Dee Dee one play after that bloke from Nottingham – at 50 on his All Time Top 500 Northern Soul records…HHHmmmmm.