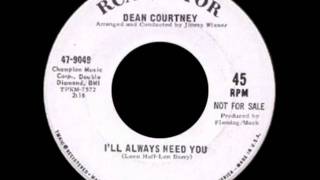 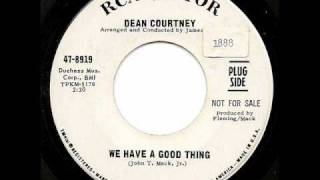 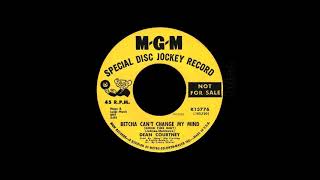 We Have A Good Thing

Dean Courtney was born in Birmingham, Alabama. The family later moved to New York. A crooner, he eventually began performing at the Apollo Theater in Harlem. He used to return to Birmingham and sang with Clarence Kendricks (brother of Eddie) and Johnny Williams (brother of Paul). Eddie, Paul and Kell Osbourne formed The Primes, the forerunner of The Temptations. Dean Courtney used to fill in occasionally for Kell. After recording with Mercury with Quincey Jones as his producer no less, Dean moved on after Quincey went to LA.

He next moved to RCA and released We Have A Good Thing in 1966 where his backing singers were The Tymes, just about to make it big themselves.

Shortly afterwards, Dean Courtney move to MGM where he released Love (You Just Can’t Walk Away) which was rediscovered on the Northern Soul circuit. But its “Love, You Just Can’t Walk Away” that’s at 318 on Kev Roberts Top 500.
Dean now lives in Las Vegas and is still singing. He has also visited the UK for northern soul weekenders – Prestatyn in 2006 for example.