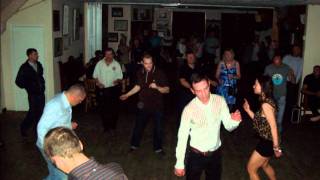 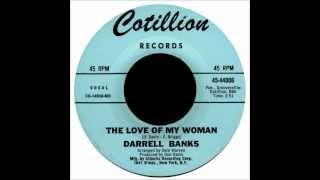 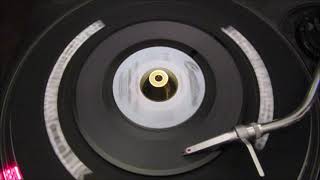 Darrell Banks recorded probably the greatest soul record of all time, even the ‘B’ side was a major popular track –  Our Love is in the Pocket. Open The Door To Your Heart released in 1966 on the London label – HL10070 is worth at least £100 in any condition and twice this if in pristine condition (best advice would be to send it to auction). The re-release, also in 1966 on Stateside SS536, is worth a lot to some collectors. (Darrell signed to STAX in 1969). Angel Baby and  its ‘b’ side on red Atlantic uk: Somebody Somewhere Needs You (Revilot Atco USA/UK Red Atlantic) were other Darrell Banks hits.These tracks were huge hits at Manchester Soul Clubs in the mid 1960s but by far it was Open The Door To Your Heart‘that got everyone up dancing. Somebody Somewhere Needs You was the fourth great song that hit big on the Soul scene in Manchester clubs in the sixties. Ike And Tina Turner also made a version of this song: written at Motown (don’t know for which Motown artist?) Kev Roberts puts it at 136 on his Top Ten, giving Darrell two entries. Darrell Eubanks was born in Mansfield, OH, (1938) –  another church gospel singer as a youth. A dentist called Doc Murphy owned a nightclub ‘he Revilot lounge and this was his Darrell’s first regular live gig. After seeing him perform, it was Lebron Taylor who did a license agreement with Doc Murphy using the Revilot name for the label which started in 1966 with its first release Open the Door to Your Heart. The song was originally titled Baby Walk Right In and was written by Donnie Elbert with Darrell. However, when the song was released only Darrell got all the credit, leaving Donnie Elbert seriously annoyed. It reached number two in the USA R ‘n B charts and 27 on the pop chart in 1966. The follow up was Somebody Somewhere Needs You written by Frank Wilson/Marc Gordon. Frank wrote it for Motown but it was not taken up. OUR LOVE IS IN THE POCKET The ‘B’ side is just as good as “Open The Door To Your Heart” which was also recorded by J J Barnes both were Revilot stable-mates. J J shouted out on his almost identical version: “So Doggone Good!” and they both are. In 1967 Darrell Banks moved onto the Atlantic Atco label for Here Come the Tears b/w I’ve Got That Feelin’ and Angel Baby (Don’t Ever Leave Me) b/w Look into the Eyes of a Fool. In 1969 he left the Revilot label for Stax (Volt Div) and released I’m the One Who Loves and Beautiful Feeling / No One Is Blinder (Than a Man in Love). The Dramatics also did a great version of Beautiful Feeling on their Dramatically Yours album. Stax Records mixed up recordings and released Steve Mancha credited as Darrell Banks on one track and did similar with others which obviously annoying Darrel. In March 1970 March Darrell was shot dead by a policeman (Aaron Bullock) who was having an affair with Darrell’s girlfriend (you couldn’t make this up if you tried). If only Darrell could have shut the door to his heart he could still be with us! This may also have had something to do with his reputed temperament. He was said to be gloomy and very bad tempered and quick to get angry. Darrell was waiting for his girlfriend (Marjorie Bozeman) when she turned up in a car with the off duty policeman. Darrell grabbed her and the cop grabbed Darrell. Darrell pulled a gun but the cop shot him first. “Open the Door to Your Heart” is one of the greatest Soul scene records but only reaches 63 on the Kev Roberts Top 500. Born   25th July 1937 – Mansfield, Ohio Real Name  Darrell Eubanks Died   24th February 1970 – Detroit Darrell Banks’ Memorial bench, Detroit Memorial Park. Wikipedia: Darrell Banks