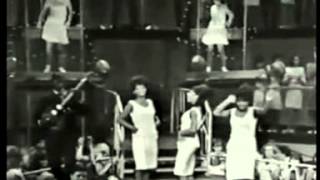 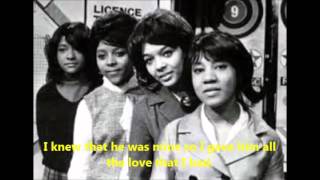 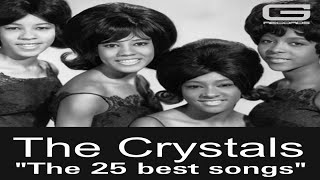 The Crystals were formed in 1961  by Phil Spector and disbanded  in 1966. The above 45s were firm favourites at Manchester‘s beat and later Soul clubs in the 1960s.

In 1961 Brooklyn based girl vocal group Barbara Alston, Lala Brooks, Dee Dee Kennibrew, Mary Thomas, and Patricia Wright started singing while still in high school.  Phil Spector heard them rehearsing signed them to his Philles label, and they recorded There’s No Other like My Baby. Later they released Uptown that made the R ‘n B and popTop 20.

He’s a Rebel, was sung by Darlene Love as lead vocalist as was the follow-up He’s Sure the Boy I Love. Darlene Love and The Blossoms became The Crystals.

Confusingly, the original Crystals line-up returned in 1963 without Mary Thomas, (she left to get married). This line-up, wiithout Darlene Love, had two more big hits, Da Doo Ron Ron (When He Walked Me Home) and Then He Kissed Me in 1963, both made the Top Ten on both the R ‘n B and pop charts.

In 1964 their final two singles for Philles Records did nothing in the charts. In 1965 they bought themselves out of their Philles contract and signed with United Artists. Soon afterwards they disbanded. See Phil Spector at Soulbot.

in 1971 they re-formed and since several line-ups have toured as the Crystals on the oldies circuit.