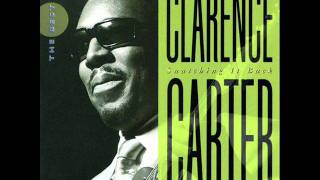 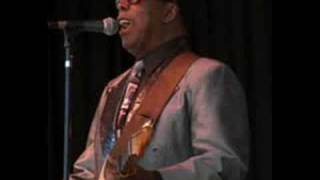 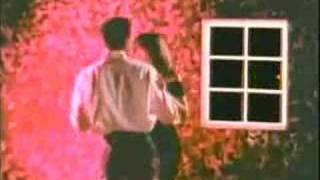 Too Weak to Fight

Messing With My Mind

His most popular tracks played in the period (1965-69) are listed above but soul club DJ’s in Manchester choked on having to play Patches. Clarence’s numbers were firm ‘have to play’ favourites at Manchester’s Soul Clubs in the 1960’s. All those listed here were big Blue Note & Twisted Wheel favourites.

1981 released Workin’ (On a Love Building), Tampa Red‘s Love Me with a Feeling, Strokin’ 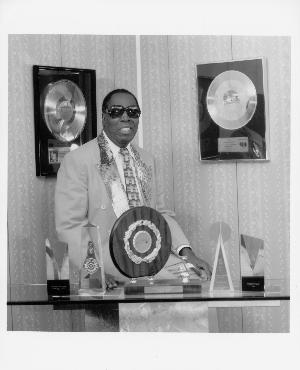 Interview with the ‘Man’ – Snatching It Back:

Well, I’II tell ya, it makes no difference if you came from the city. And it don’t matter if you came from the country. And some of you out there within the sound of my voice may have come from the suburbs,’ declares Clarence Carter, in his most stentorian tones, at the climactic moment of his lost masterpiece. ‘Making Love (At The Dark End Of The Street’). He is preaching on one of his great themes -the furtive pursuit of love- but he might as well be sending a message about the universality of his music. For Clarence Carter is both an artist steeped in the most traditional aspects of Southern music and one of the most modern of all deep bluesmen.

Unlike most of his peers in the Southern soul hierarchy. Carter’s musical approach harkened directly back to acoustic country blues. Specifically, he was the final link in a long chain of blind blues singer-guitarists, a descendant of Blind Lemon Jefferson. Blind Willie McTell, and Blind Willie Johnson, among others. Like them, he was possessed of a special vision, darkling and a little frightening. In Carter’s case, love, particularly cheating love, became the great spiritual metaphor. In a sense, he owed more to the preaching gospel-blues of Blind Willie Johnson than any of the others, for even when he was singing the melody straight, you always had the feeling that Carter was reaching for a homily and his vocals feature frequent interjections and interpolations. spoken, gasped and hummed, whose source could only be the gospel church.

On the other hand, more than any of his guitar-playing predecessors (but not unlike that more contemporary blind musical genius. Ray Charles, Carter was possessed of an expansive sense of humor, embodied in the lewd guttural chuckle (reportedly derived from Mr. Lee, a Montgomery, Ala. disc jockey) that punctuates many of his best records. This deeply ironic spirit also allowed Carter to knowingly but quite unselfconsciously work with metaphors based on his own blindness, as on ‘I Can’t See Myself’ and ‘I’d Rather Go Blind.’ For all his links to the past, this spirit marks Clarence Carter as a genuinely modern performer, a link in another chain that stretches from streetcorner dozens players to the rappers of today.

Those links began to be forged in Montgomery, Alabama, where Carter was born on January 4, 1936. He grew up, learned to play guitar from listening to records by John Lee Hooker, Lightnin’ Hopkins and Jimmy Reed, then attended Alabama State College in Montgomery. where he earned a music degree. By the time he graduated, Carter had developed sufficiently diverse skills that on his recordings, he would not only sing and play guitar but also occasionally do his own keyboard work and write and arrange, writing charts in Braille. Around 1963, Carter and Calvin Scott began singing together. They made two singles for tiny Fairlane Records as Clarence and Calvin and then another four for Duke Records. three of them as the C&C Boys.

In 1965. Clarence and Calvin paid Rick Hall’s Fame Studio inMuscle Shoals, Alabama, $85 to record ‘Step By Step’ and ‘Rooster Knees And Rice.’ Their contract with Duke had expired. but Atlanta disc jockey Zenas Sears (formerly manager of Chuck Willis. among others) tipped Atlantic’s Jerry Wexler to the quality of the disc. and it was released by the Atco subsidiary. ‘Step By Step’ didn’t chart, but Clarence’s one full-throated verse made an impact that survived the departure of Scott after a car crash. Carter’s first few solo singles appeared on Hall’s Fame label. But after ‘Thread The Needle’ briefly crossed over and ‘Tell Daddy’ provided the inspiration for Etta James‘s crossover success with ‘Tell Mama,’ he became a full-fledged Atlantic act with ‘Looking For A Fox.’ in January 1968.

Six months lacer, Carter scored a solid Top Ten hit with the magnificent cheating blues ballad ‘Slip Away.’ and over the next three years, he was a steady R&B presence on the lower reaches of the pop charts, climaxing with his other Top Ten hit, ‘Patches,’ in 1970, but continuing on Atlantic through late 1971’s ‘Slipped. Tripped And Fell In Love’ (which did almost as much for Ann Peebles as ‘Tell Daddy’ did for Etta James). Carter continued working withRick Hall until the mid-70s. Since then, he has recorded for a variety of small labels, most often with Atlanta-based Ichiban. for whom he still occasionally makes the R&B charts.

The typical Clarence Carter record features his mammoth vocal and twanging Jazzmaster guitar figures over a solid Muscle Shoals soul groove, accented by a sonorous Memphis-style horn chart. Chances are, if the song is a ballad, there may be some kind of preaching break, or if the tune is uptempo. ample space for his lascivious chuckle. (That naughty laugh practically becomes a percussion instrument on his Christmas classic, ‘Back Door Santa.’)

Carter sings, in hit massive deep baritone, almost every kind of love song. from the ecstatic ‘Soul Deep’ (borrowed from the Box Tops) to the despondent ‘I’d Rather Go Blind.’ but his specialty is narrating cheating in all its myriad aspects. Most often, he presents infidelity either as the most rarefied of romantic delights or as a sin whose wages are guilt both overwhelming and spine-tingling. ‘Slip Away’ typifies what he has to say on the subject but the pinnacle of his preachments on this text in undoubtedly ‘Making Love (At The Dark End Of The Street),’ with its four minutes of preaching and thirty seconds of singing.

Here, Carter takes the archetypal deep soul song, James Carr’s ‘The Dark End Of The Street’ and reworks it in a way that reinvests it with the spirit of gospel-blues preaching. Yet he does this over a groove that’s partly carried by strings. just the same. Carter’s sermon on sexual expression ranges from barnyard couplings to the Mile High Club. The opening sentences are high absurdity and accompanied by that grave chuckle; the final lines, in which Carter finally discourses (as you knew he would) on the propensity of humans to ‘slip around.’ practically sob with the resonance of his voice. The sound seems to blossom directly from his chest, an explosion of feeling so rich that mere flesh cannot contain it. If the goal of Southern soul is to intermingle the sexual and the spiritual so that they are at last indistinguishable, then one of the rare times when the fusion is fully achieved is the moment when Carter ceases to preach and begins to sing: ‘Aaaaat the dark end of the street.’

In its fusion of the absurd and the profound, there could be no record more redolent of rock’n’roll than Carter’s ‘Making Love,’ but just the same, it remains one of the great mystery records of both rock and soul. (How Rick Hall ever got the nerve to release it -as the B side of ‘Snatching It Back’ is more easily explained. Rolling Stone critic Jon Landau talked him into it.) But this much is certainly true:The absurdity of the opening lines is indispensable to the catharsis of the final drama. And only one of soul’s great artists would have come up with anything so outrageous yet perfectly constructed.

Clarence Carter has sustained the tension between those elements throughout his career it is there in the corny sentiment of ‘Patches’ and it is the essence of the exuberant snickers that made ‘Sixty Minute Man’ his last true classic, released on Fame following Carter’s departure from Atlantic. Skirting that close to caricature, he found the depths of soul hidden at the dark end of the street. For a soul singer, there could hardly be a greater tribute.

From the Rhino CD ‘Snatching It Back’

And below from – LP liner notes, Soul Deep (Edsel)

The King of Atlantic’s second string of ’60s soul men, Clarence Carter could belt out the blues with the best of ’em but was still a soul singer all the way.

He was born in Montgomery, Alabama, on January 14, 1936, and took up the guitar while still quite young. When Carter went blind, his music was a tremendous comfort to him. He later earned a music degree from an Alabama college.

Trained in the gospel idiom, Carter moved into soul music as half of Clarence & Calvin, who first recorded for the Duke label in 1964. They met producer Rick Hall in 1965 when they rented his studio for a session. Hall leased the results of that session to Atlantic, and the single became a regional hit.

Clarence & Calvin broke up after the latter was severely injured in a car wreck, so Hall recorded Carter as a solo artist, at his Fame studio in Muscle Shoals, Alabama. Carter first made the pop top ten in 1968 with ‘Slip Away,’ and had his biggest hit two years later with a remake of the Chairmen of the Board‘s ‘Patches.’ (‘Patches, I’m dependin’ on you, son…’) He also guided the soul-singing career of his then-wife, Candi Staton.

Clarence Carter’s brand of deep-fried southern soul always mirrored real life. He was paradoxically at his best on both macho boasts like ‘Thread The Needle’ and on heart-stirring ballads like ‘Making Love (At the Dark End of the Street).’ He continues to perform and record, and was on hand for the first annual Rockport Rhythm and Blues Festival in Newport, Rhode Island, on Saturday, July 29, 1995.