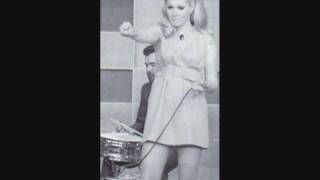 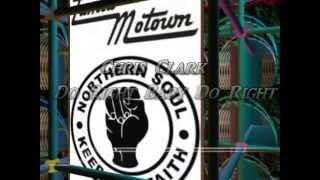 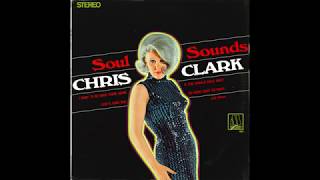 I Want To Go Back There Again

Chris Clark was Tamla Motown’s first white female Soul singer as well as being a one time girlfriend of Berry Gordy. Her singles and several LP tracks, were played at the Manchester Soul Clubs in the 1960s. She started out as the receptionist at Motown before going on to make some memorable tracks.

Manchester’s Twisted Wheel not only played From Head To Toe but started a new dance craze, because of it, with dancers touching their heads then bending to touch their toes. Later on came Whisper You Love Me Boy in 1968.The above listed tracks and especially From Head To Toe were also played very frequently at Manchester’s Blue Note Soul Club.

In one of only a few surviving pictures of Motown’s early days in Detroit,
It’s the blonde Chris Clark who is laughing and leads Mrs Esther Edwards and the two Lewis Sisters from Berry Gordy‘s house – the original Hitsville USA studios.

Chris had joined Motown wanting to be a Blues singer in 1963. She was born in Canada and just across lake Michigan was Detroit, beckoning as the heart of the Blues R ‘ B and the soul sounds capital, Hitsville USA. She started working as a receptionist for Motown –  most artists had two jobs at Hitsville. It was  two years before she could make her first demo tape. Later, in 1965 Berry wrote and produced Do Right Baby, Do Right. (USA) VIP 25031 (December). The backing Vocals were contributed by the Lewis sisters. Almost immediately Love’s Gone Bad with Put Yourself In My Place on the B side followed (USA VIP 25038 July 66/UK Jan 67). This track was a small R ‘n B chart hit in the USA.

Radio station DJ’s believed that with Chris coming from the Motown company that she must be black. There was no doubt that she had a black soul style but in fact she was white. Here was a reversed ethnic, racial twist – the opposite of black artists attempting to sound white. By 1965  blues, soul and indeed certain jazz artists were regarded as being best distilled in black ethnicity. In the UK black soul was regarded as the ‘only pure soul’ and in the mid-sixties, it was quite a shock at times when great soul sounding tracks were revealed as being made by white artists. The problem became more acute when American TV stations requested Motown to send along Chris for a TV broadcast. When she arrived in the flesh, it was the wrong colour and the stations had problems of acceptance. Was this,  the real Chris Clark? Motown PR had to admit they had a white soul singer. In the London soul clubs she was called the ‘White Negress’ (a similar a.k.a. term was given to Dusty Springfield).

Chris wrote with Berry her third single, Want To Go Back There Again (USA VIP 25041 Feb 67/UK Jan 68) but she got no label writing credit. These releases were on Berry Gordy’s VIP Label to avoid controversy. Later she transferred to the Motown label and in September of 1967 she made From Head To Toe (Motown 1114). Many UK DJ’s obtained this on import and it quickly became a massive favourite at Manchester’s Twisted Wheel.

Do I Love You Chris Clark’s version of the rarest soul record in the world, namely Frank Wilson‘s Do I Love You? (Indeed I do) which was withdrawn immediately upon release. Frank Wilson wrote the track and sang lead on it. The story is that only three original copies of the 7-inch 45 rpm recording exist and one has changed hands for around £15,000 with a Scottish Soul fan purchasing it.

Later in the sixties Chris Clark stopped recording and worked in Motown’s developing Film and TV division. She gave up her recording career in 1981 when she was appointed as Motown Productions vice president.  She also looked after the company’s creative affairs. She co-wrote the screenplay for the film that launched Diana Ross as a film actress, Lady Sings The Blues. 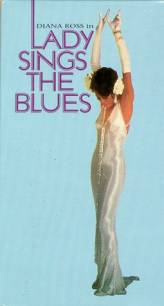 Chris Clark left the Motown organisation in 1989 and re-recorded From Head To Toe with producer Ian Levine for Motor City Records in 1991. This track is available on a recent CD – A Cellar Full Of Motown.

She recorded another great song that under her disguised name became a hit on the Northern Soul scene in the 1970’s as: Connie Clark – My Sugar Baby.

Ian Levine recorded Chris Clark in the early 1990’s on his Motorcity label.
Ian Levine: a Soul Fan was once a DJ at Wigan Casino who in the 1980’s became a record producer tracking down and re-recording great soul artists. His other claim to fame is his fanaticism about Dr Who.