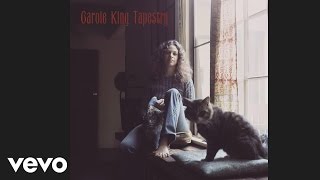 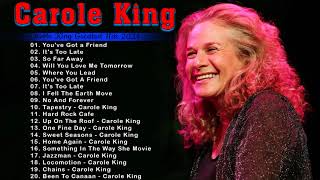 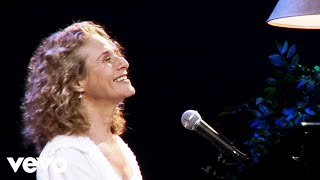 Take Good Care Of My Baby

Oh No Not My Baby

I Think I’m Going Back

Up On The Roof

Carol King wrote numerous Rock ‘n Roll hits and had her own success with the hit single  It might as well rain until September. Her most famous album was Tapestry, a superb classic. Best Track: It’s Too Late Baby.

15 year-old Carol Klein from Sheepshead Brooklyn, pestered the music industry offices (Brill Building and others) after she finished school by calling at their offices day after day. At sixteen she released her first 45s –  Oh, Neil (Alpine) in answer to Neil Sedaka’s hit Oh Carol, Short Mort (RCA Victor), The Right Girl and Baby Sittin’ (ABC-Paramount).

In 1960 She joined forces with Gerry Goffin and made the hit single Will You Still Love Me Tomorrow? by The Shirelles on the Sceptre label it made number one.

Will You Love Me Tomorrow? The Shirelles 1960, Number 1 Hit
I’m Into Something Good, Earl Jean / Herman And The Hermits
1961 Oh No Not My Baby, Maxine Brown, 24 USA Chart
Every Breath You Take, Gene Pitney,
Halfway to Paradise, Billy Fury
I’d Never Find Another You
Just Once In My Life, The Righteous Brothers, #9
Take Good Care of My Baby, Bobby Vee, Number 1 hit
Some of Your Lovin’, Dusty Springfield, (UK)

OF ALL the songwriting teams that churned out hits during the Brill Building era, Gerry Goffin and Carole King were among the most prolific and successful. Goffin wrote lyrics and King wrote music, and from 1960 to ’65 the married couple achieved more than 100 substantial hit records, including “Up on the Roof,” “Some Kind of Wonderful,” “One Fine Day,” “Take Good Care of My Baby” and “Will You Love Me Tomorrow?”
After their marriage ended, they continued to work together professionally, and Goffin contributed some of the lyrics to King’s 1971 solo album, “Tapestry.”
His songwriting career continued with hits like “Do You Know Where You’re Going To?” (the theme from “Mahogany”) for Diana Ross, and “Tonight I Celebrate My Love” for Roberta Flack and Peabo Bryson, and he has been inducted into the Rock and Roll Hall of Fame and the Songwriters Hall of Fame.

Goffin, 57, has just released a rock and blues album of politically oriented songs called “Back Room Blood” on Adelphi Records.

For the new movie “Grace of My Heart,” filmmaker Allison Anders commissioned Goffin to contribute several new songs that recalled the Brill Building sound. That led to the following question-and-answer interview.

Q: How did you and Carole King get together?

A: I was introduced to her in the lounge at Queens College, New York, where she was studying to be a teacher and I was studying to be a chemist. She had a piano in her house, and we wrote our first song together, a novelty song called “Kid Brother” that – beginner’s luck – was recorded by Mickey and Sylvia as a B side on one of their singles. We made about $150 apiece. Her parents were very proud. We got married about six months later, and we kept on writing together.

A. Not at first. Of the next 50 songs we wrote, none got recorded. They all sounded contrived and phoney. Then this song “Will You Love Me Tomorrow?” came out of nowhere. Carole wrote a beautiful melody, and I wrote a good lyric, and it worked together. Donny (music publisher Don Kirshner) had told us he needed a song for the Shirelles, and that’s what we came up with.

Q. Were you working for Don at the Brill Building then?

A. We never actually worked at the Brill Building. His office was at 1650 Broadway, which was right around the corner, but it was all considered part of the same music publishing scene. There were about 20 music companies in the Brill Building and about 10 companies in ours. In the early days, we lived in this little basement apartment – I was working as a chemist and Carole had a job as a secretary – and we used to come in and write songs in Donny’s office. The little rooms weren’t soundproof, so you could always hear what was going on next door. It was a cacophony of sound. Sometimes another team would finish the song you had started.

Q. How much was Don paying you then?

A. He gave us the grand figure of $1,000 a year – $500 apiece – but it was understandable, because Donny didn’t have any money either when he started. Fortunately for us, because Carole was seven months’ pregnant with our daughter, Louise, “Will You Love Me Tomorrow?” became a gigantic hit. It was No. 1 for 13 weeks.

Q. How did you get the news?

A. I was still working at the chemistry lab, because with that $75 a we ek, and the money from Donny, we were able to get by. Then one day Donny drove up in a limousine with Carole, and they walked in, both holding their noses from the smell, and Carole said, “Gerry, Donny’s gonna give us a $10,000 advance on our song – you don’t have to work anymore.” I took off my lab coat and walked out for good.

Q. Is it true that the only person who made money on all this was Don Kirshner?

A. Well, the songwriter makes very little money compared to the artist and the record company. In those days, the rate was 2 cents for every record sold, and out of that, Don kept 1 cent. So if a record sold a million, he made $10,000, and Carole and I would make $5,000 apiece. In the ’80s, the rate went up from 2 cents to 6 1/4 cents, so I make more money today on those songs than I did back then. Of course, we didn’t get any of the publishing, because we didn’t know anything about it. Most of us were glad to get any deal we could. But I think we were treated fairly by Don Kirshner. I don’t begrudge him anything.

Q. Some people say you wrote songs like “Up on the Roof” to appeal to black street kids. Is that who you were writing for?

A. I never tried to write for black street kids. I wrote for an urban audience because I grew up in New York, and it would have been phony for me to pretend otherwise. “Up on the Roof” was a bigger hit in New York than anyplace else, because they have rows and rows of tall buildings, and people used to go up on the roof to get away from it all or to make out. That would appeal to an urban kid. I’m sure it sold just as much to white kids as black kids.

Q. What brought that Brill Building songwriting era to an end?

A. The Beatles, Bob Dylan, the Rolling Stones, the British invasion. All of a sudden, artists were writing their own music, and it was different. After Carole and I first went to see Bob Dylan at Carnegie Hall in ’61, we took all our old demos and broke them in half. We said, “We have to grow up.” But Donny didn’t like the new style because he said it w asn’t commercial. It wasn’t until the late ’60s that we started writing more adult songs like “Natural Woman.”

A. How much do the characters in the movie “Grace of My Heart” resemble you and Carole?

Q. I haven’t seen the movie, and I think it’s changed a lot from the script I read. The character called Howard seemed to care a lot about the people in Harlem, and I’ve written songs about social issues all my life. But Carole was very content to write songs for other people, and it wasn’t until later that she thought of performing.

Q. Was she a success right away as a recording artist, or did she have an initial disappointment like the character in the movie?

A. “The City” was Carole’s first record after we split up. She felt she’d do better performing with a group, so she used all these musicians. Then she did a record that I produced called “Writer,” which bombed. I used a full band on that, too. Then (record producer) Lou Adler realized that these records were hiding Carole’s best quality, which was just playing piano. That’s when “Tapestry” came off, and it was a gigantic hit. I thought it was great. It was completely original, and Carole really showed me up as a lyricist. When we were together, she never contributed one line, so I had no indication that she could do it.

Song Lyrics: It Might As Well Rain Until September – Carole King

What should I write?
What can I say?
How can I tell you how much I miss you?

The weather here has been as nice as it can be
Although it really doesn’t matter much to me.
For all the fun I’ll have while you’re so far away
It might as well rain until September

My friends look forward to their picnics on the beach
Yes, everybody loves the summer time.
But you know, darling, while your arms are out of reach
The summer isn’t any friend of mine.