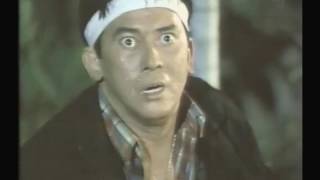 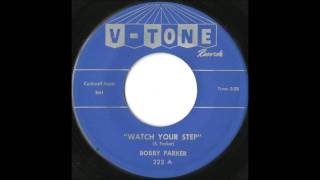 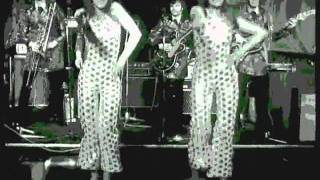 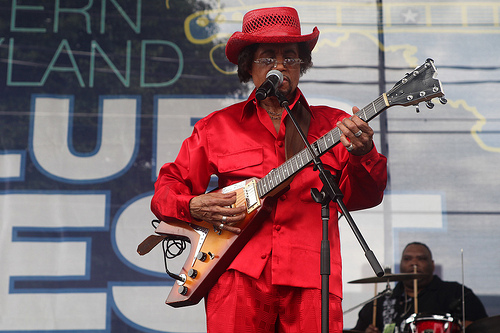 Bobby Parker made one fantastic 45 that was huge at the Twisted Wheel: 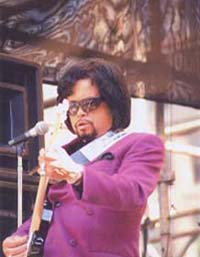 Bobby Parker was still going strong in 2003 where he appeared live on stage on a UK tour where we saw  him at the Victoria Theatre, Halifax, complete with James Brown style wig.

Many soul and blues artists were re-released on Sue, some never had a previous release in the UK. This track was incredibly popular at many of Manchester's Soul and Blues Clubs.

Bobby Parker: A little blues, a little gospel and a little jazz.  Louisiana-born Bobby Parker was a child guitar fanatic. He joined his first band, The Charms, immediately after high school in the early 1950s.

He played with artists like Bo Diddley, Fats Domino, Chuck Berry, Buddy Holly, Little Richard, Jackie Wilson and Sam Cook. He earned his fame for writing and singing hits like Watch Your Step, which reached British and American R&B charts in the early 1960s. When he appeared on stage he liked to talk about the UK groups who asked him how he played his trade mark guitar riff on Watch Your Step. These included The Yardbirds, Eric Clapton and so on. The same riff was shamelessly nicked subsequently by Led Zepplin. We'll leave you to tell us which track in our Guestbook.

Today, he lives in Suitland on the Californian West Coast. As with all great artists, his amazing guitar work looks effortless.

Keep your eyes open wide
'Cause you'll be hurtin' down inside