The Benny Troy Story - "I Wanna Give You Tomorrow" 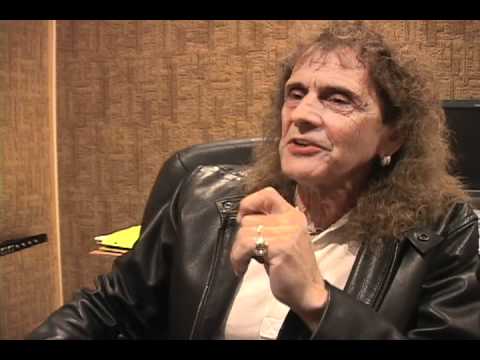 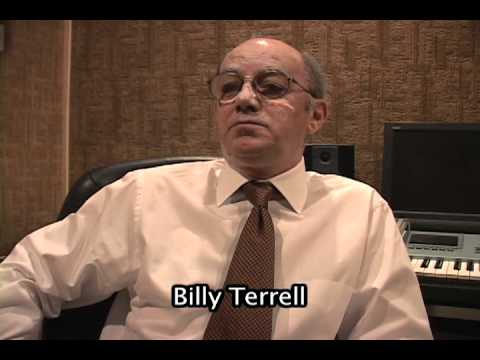 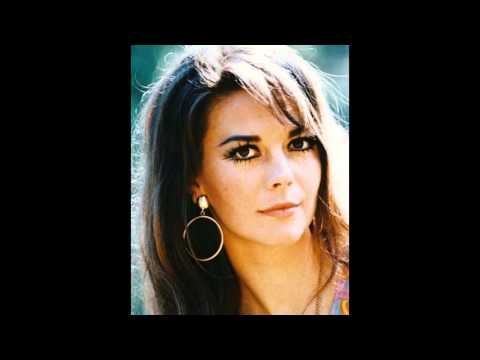 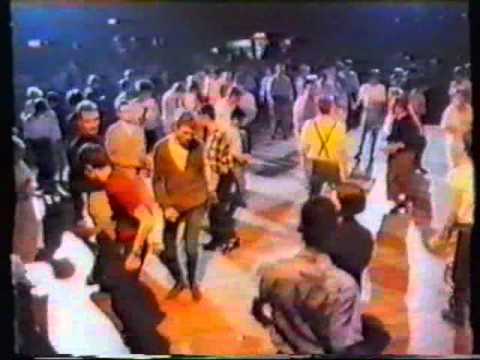 An example of ‘Blue Eyed Northern Soul’ this time by Benny Troy, that gets into Kev Roberts Top 500 at 275.

Blue eyed soul is a category to describe white artists who made Soul recordings, mostly the genre dominated by black artists. The ‘controversy’ goes on. A the time of Benny Troy’s I Wanna Give You Tomorrow the Northern scene was split in its appreciation/recognition of this song especially as it had ‘oh horror’: a Disco feel. Of course there are many white artists that did and  still do  emerge these days with great Soul music; it all looks rather silly with hindsight!

Some of the story is told in the DVD Keep On Burning.

Such controversial arguments, about whether the listening and dancing aficionados like, respect, or deride Blue eyed Soul, began way back in the mid sixties, when only black artist were regarded as capable of producing Soul and artists  such as R. Dean Taylor were regarded as second class. That was until we realised that he was also a great songwriter writing lots of or favourite songs for the Motown artists we loved. After that realisation his status was upgraded!

It was a sort of reversed ‘apartheid’ in the case of Soul purists of the time, and it  broke out again on the dance scene at Wigan casino.

Blue Eyed Soul: a discussion inside The Twisted Wheel around late 67 early 1968 taken verbatim from the ‘Novel’ THE MANCHESTER WHEELERS.

“He did ‘Determination’. Not the one by the Contours. They’re both great, but his ‘Determination’ is completely different. It’s brilliant,” said the bloke who’d started off explaining that Dean was not a black Soul singer.

This group of people were discussing and arguing.

I knew Dean Parrish’s ‘Determination’ was a huge hit with us at the All-nighter. The ‘B’ side, ‘Turn On Your Lovelight’, was equally good, and so to a lesser extent was another song from him called
‘Skate’.

I agreed, “Yeah, he’s a white bloke – ‘Tell Him’ was his first record, originally by the Exiters. It was covered here by Billy Davis.”

Someone else said, “There are loads of singers that sound black, but are white.”

“Who?” said a group member.

“Charlie Rich,” was the reply.

“What, the one that does ‘Mohair Sam’?” someone said with a snigger of disbelief.

“Another one is the cover of Major Lance’s ‘Ain’t No Soul In These Old Shoes’. He’s a white bloke – even worse he’s a country and western singer…” said the bloke who had started this whole thing off. “He’s called Ronnie Milsap.”

“Fuck me,” one of the bystanders said.

“It’s a pretty good version though,” said someone else.

“Well, that’s what happens when that smart arse DJ keeps on playing the wrong track because he hasn’t got a copy of Major Lance’s,” said another.

“Roger took all his stuff when he left,” (to DJ at the Blue Note Club) said the first guy, and then he went on: “‘Love Is After Me’ by Charlie Rich is pretty good.”

Another voice at the back threw in that “the white bloke’s version of ‘Aint No Soul’ was better than Major Lance’s.”

Someone said, “It’s not just blokes. What about white women singers?”

“Chris Clarke… Timi Yuro… Dusty Springfield… We know she’s white, ‘cause we see her on the TV. None of the American Soul singers get on the TV.”

“Not even on the fucking radio,” someone else said.

“Yes, but if you close your eyes and listen to Dusty she easily becomes black. And Billie Davis, she’s white and English. She did ‘Tell Him’, a cover of the Exciters’,” said the person next to the one who’d raised this point.

“And Tami Lynn’s ‘I’m Gonna Run Away From You’; that was done by Kiki Dee – that bird from Bradford,” someone else said, “She did a good record called ‘On A Magic Carpet Ride’.”

“‘My Boyfriend’s Back’, the original, is by the Angels. They’re white. Most DJs now play the ‘Chiffons’ version, but Roger used to play it at the Old Wheel (Brazennose Street) years ago by the Angels.”

Everyone in this group of Wheelers started to join in at once, and it became impossible to keep track of who said what.

“…Anyway, I’m stunned Dean Parish is white. Never in a million years would I have thought that.”

The person who tried earlier said, “Bob Kuban – you know the one who did ‘The Cheater’? He’s white. Lonnie Mack too.”

“Mitch Ryder,” shouted someone at the back.

We were all getting going on this subject.

“Cannibal and the Headhunters… twats they are. They’re a white group and they’re crap, just copying the original ‘Land of a Thousand Dances’, by Chris Kenner.”

“Yeah, that’s right and what about the Blendells’? It’s good, but still a copy of a Stevie Wonder ‘B’ side, you know?” said one of the guys who joined in from the back.

‘The Blendells are OK. They’re sort of black, ‘cause they’re Spanish Americans with a sun tan,” said some bright spark.

“‘Stay’ by The Virginia Wolves, another heap of shite copying a great original by Maurice Williams & The Zodiacs – even The Hollies’ version is better!”

“‘Nobody But Me’ by The Isley Brothers has been ripped off by some white dopes.”

“And what about this DJ playing that crap version of ‘Under My Thumb’? The Rolling Stones original is just brilliant. Why can’t he play that? Doesn’t he know that the Stones were a real influence on this place?”

“‘You Can’t Sit Down’ by The Dovells gets played now, because he hasn’t got the original by Phil Upchurch. The Dovells turned it into a vocal and it’s no way as good as the original instrumental.”

“What about good guys like John Schroeder, ‘Agent Double-O-Soul’?”

“Dusty did ‘I Just Don’t Know What To Do With Myself’, that was Tommy Hunt’s originally.”

“‘A Touch Of Velvet – A Sting Of Brass’ by The Mood Mosaic.”

“‘Sweet Thing’ by Georgie Fame gets played because the original by the Detroit Spinners went with Roger. You can only hear it at the Blue Note now!”

Quite a large group of people were now engaged in this discussion. It started close to the fire escape where it was possible to hear without shouting, but as it spread, those further away had to shout really loud to be heard.

The Manchester Soul crowd at the Wheel really hated imitations, and worse so if they were white. Only originators were accepted fully. It came out from the intolerant Mod attitudes of being elitist and knowingly being the best. Equality for blacks was something we were all for; most of us were up to date on politics in the USA, as it dominated our TV news. We all wanted the USA apartheid to end, as well as a pull-out from Vietnam. All the Mods at the Wheel supported the USA civil rights movement and knew about Martin Luther King. The only great achievement our Prime Minister Harold Wilson did for us was that he kept us out of that Asian war; for fuck’s sake, we all could have been there. If it was left up to L.B.J. and those fucking Yank warmongers, we could be on a battlefield instead of a dance floor. Even the Aussies had been called up! These political issues made it into much of the pill-fired talking in the Wheel. Political matters were sometimes under discussion when we were blocked; we weren’t just idiotic pill heads like Roger the DJ had christened us.  THE MANCHESTER WHEELERS – KINDLE – Illustrated edition.

Customer Reviews:
5.0 out of 5 stars The Manchester Wheelers 31 May 2014 By paul archer  (Verified Purchase)
MY YOUTH. This was a great read about the happy times spent at Manchester’s TWISTED WHEEL CLUB during the 60s, I was just 15 the first time I went but was hooked right away by the characters the music and all the great soul artists I saw,even though I only spent 3 years going there, they were some of my best times and this book was a story of those times and brought back so many happy memories.
5.0 out of 5 stars Nostalgia 15 Dec 2013
By Mrs K Wicks (Verified Purchase)
Very well written. I couldn’t put this down once I had started it. Only wish I had experienced it too.