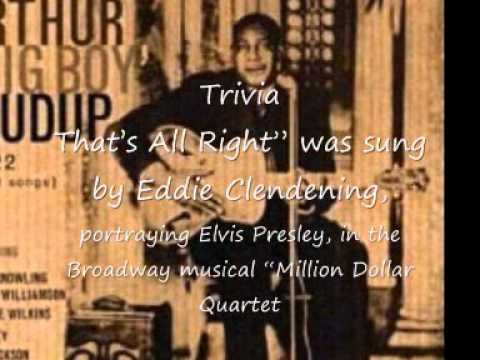 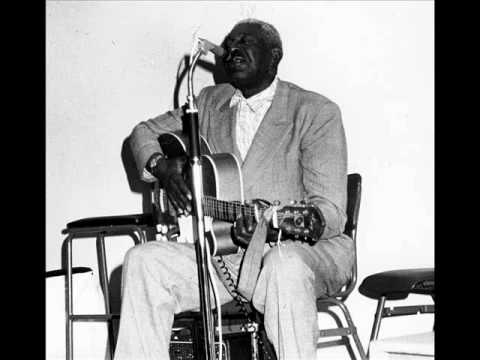 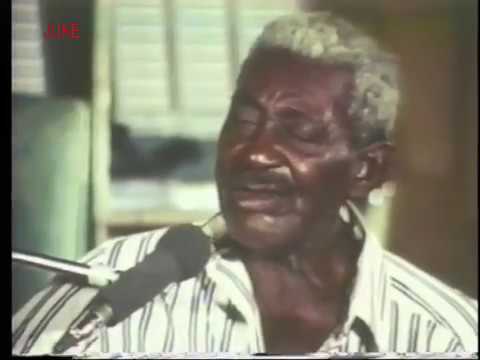 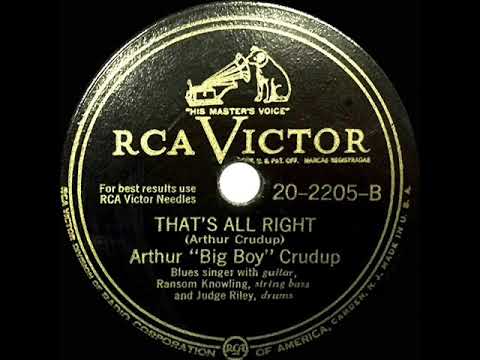 Arthur Crudup singer, songwriter – wrote That’s All Right Mama, later to become a hit for Elvis Presley, Rod Stewart and many others.

[In the first UK blues wave,  just about every group made a live version of this]. Born  24th August 24 1905 – Forest, MS Died   28th March 1974 – Nassawadox, VA
Arthur Crudup was certainly popular with Elvis Presley – he recorded three of his songs in the early fifties. Elvis recorded his own versions of three of Arthur’s classics (originally on  Victor Recordings) That’s All Right Mama (Elvis’ Sun debut in 1954), So Glad You’re Mine, and My Baby Left Me.

Many people have been known as ‘the father of rock n roll, not many have been as deserving of the title as Arthur ‘Big Boy’ Crudup.

Around 1940, Arthur Crudup left Mississippi, for Chicago. He played for dimes on the streets and lived in a packing crate underneath the elevated train track. Producer Lester Melrose from RCA heard him in the street and paid Arthur to play at a party at Tampa Red‘s house. Many artists already signed to the RCA/Melrose label were there: Big Bill Broonzy , Lonnie Johnson and Lil Green. Later in September of 1941, he became an RCA recording artist. Arthur’s R & B output in the mid-’40s included Rock Me Mama, Who’s Been Foolin’ You, Keep Your Arms Around Me, So Glad You’re Mine, and Ethel Mae.That’s All Right Mama was recorded in 1946 on Bluebird.
Before his death in 1974 Arthur played live at various blues and folk festivals.