AL KENT - YOU'VE GOT TO PAY THE PRICE 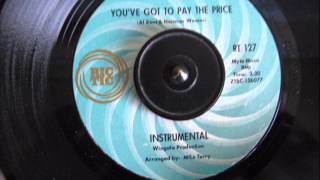 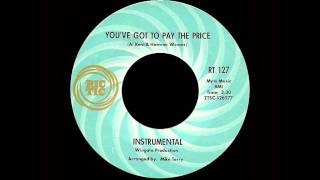 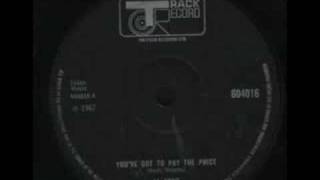 You’ve Got To Pay The Price

Al Kent released the above track which became a much sought after recording and quite difficult to obtain. It has a fantastic guitar riff (from Dennis Coffey a white session musician)  Al Kent was born Albert Prentis some say Al Hamilton in 1937 and was an excellent band leader and record arranger. A CD of Al Kent exists which includes R and B tracks but sadly, You’ve Got To Pay The Price does not feature on it. This same instrumental background was used on ‘You’re Losing Me‘ from Barbara Lynn, and a copycat recording was made by Gloria Taylor which had lyrics.

Al Kent’s first release was The Way You’ve Been Acting Lately on Ric-Tic – 123. And we though he was an instrumentalist; on this one he sings. His last was Ooh Pretty Lady (Ric Tik 133). Ric-Tic was an independent label bought by Motown in 1966. Ric-Tic It was formerly part of Golden World Records. One of Detroit’s main recording companies, its studio was at 3246 West Davison. It became Motown Studio B. This 45 was imported and played both at The Wheel & Blue Note as the DJs bought copies from auction lists after knowing first about ‘Youve Got To TPay The Price’ and they did about 7/6 Seven and six pence!

Al Kent was also a music producer and at Ric-Tic he produced the artiste Rose Batiste who had some success with her single: Holding Hands.

Anything on the Ric-Tic was sort after at the time. Twisted Wheel goers first came upon Ric-Tic by loving Headline News, Agent Double O Soul and Stop Her On Sight and its fabulous B side I Have Faith in You Baby – all by Edwin Starr before it was bought out by Motown as outlined above.  The single Holding hands was aired quite often at the Blue Note Club, Manchester.

Kev Roberts on his all time Top 500 Northern Soul songs puts  “You’ve Got To Pay The Price” at 311 and “The Way You Been Acting Lately” on which Al Kent sings at 421.