Mr Smiths was a Manchester 60’s Night Club that had live soul and blues artists amongst the acts that appeared.

Unlike the Manchester soul clubs Mr Smiths was licensed and a genuine nightclub with the usual assortment of dodgy looking characters in keeping with the club scene of the time. Part of the excitement was mingling with people with a less than savoury background.

It was rumoured that the Kray Twins came up from London to see the club – (see below) although there has been some confusion about this – there was a Mr Smiths Club in Rushley Green, Catford which was supposed to have been bought by Manchester business men – possibly Dougie Flood and Bill Benny. In 1966 there took place ‘The Battle Of Mr Smiths’ which resulted in deaths and led to the revenge attack at The Blind Beggar pub in Whitechapel.

A rather old fashioned service that was run in Mr Smiths was a photographer running round taking pictures of couples as a keepsake. These days, of course, this would probably be outlawed on the grounds of invasion of privacy, particularly if the meeting was illicit.

Our own experience of Mr Smiths included an unforgettable night with an appearance of Clyde McPhatter who started his gig with a wonderful  rendition of Such A Night made popular by Elvis Presley. 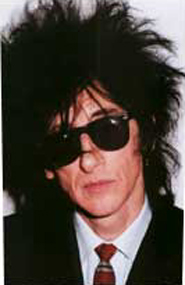 At one time, the resident compere at Mr Smiths was the redoubtable John Cooper Clarke, the ‘punk poet’ who first started his career courtesy of Bernard Manning at the ‘World Famous Embassy Club’ on Rochdale Road, Harpurhey. More details can be found in his wickedly funny autobiography, ‘I Wanna Be Yours’. John Clarke as we and our fellow mods knew him, was an apprentice compositor (printer) and attended U.M.S.T. at the same time as we did, although not in the same class. He was always known for his very smart appearance (I think he even sported a pocket watch and chain) and was a dead ringer for Pete Townsend of the Who when we saw him in The Twisted Wheel. I might have had nodding acquaintance with him but we didn’t move in the same mod circles (he was from Salford).