Simply HUGE records at the first Twisted Wheel. Tramp was written for Lowell Fulson by Jimmy McCracklin. This Bluesman does R&B style rappin’ Soul with his great version of “TRAMP”.

Many of his tracks were on LP’s that the DJ had (Roger Eagle).

A Minor hit in the USA in 1967 but a major hit in 1968 for Otis and Carla, a single released from their King and Queen album.

Ray Charles started out in the Lowell Fulson band. 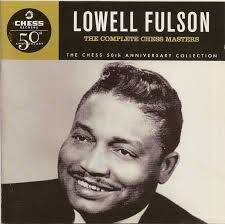